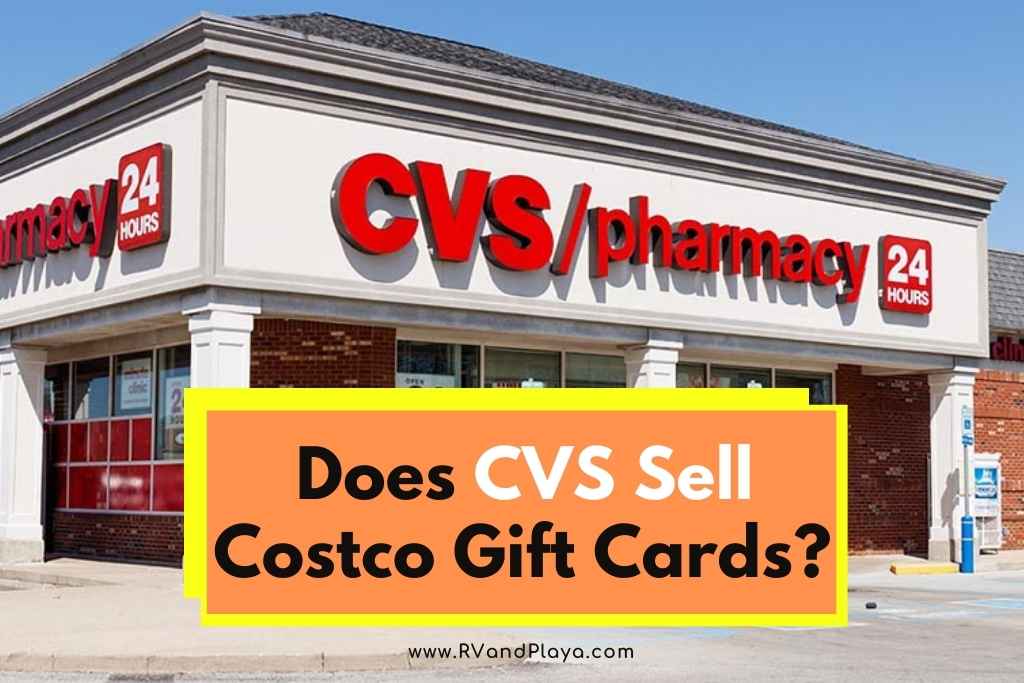 In 2017, operating income reports from Costco and Sam’s Club revealed that Costco is absolutely throttling the competition, with an income more than double that of Sam’s Club.

Costco is enormously popular so a Costco gift card is probably something that is high on a lot of people’s lists. But who sells them and can you find any at your local CVS?

Unfortunately, CVS does not sell Costco gift cards. Costco does not allow selling its gift cards at any other location or retailer outside of Costco itself. That’s mostly because Costco is a membership-only warehouse retail chain. So all of their gift cards are pretty much kept in-house.

It’s another reason that Costco doesn’t sell its gift cards anywhere else.

Why Does Costco Not Allow Its Gift Cards to be Sold Elsewhere?

Aside from the above-mentioned information, imagine purchasing a Costco gift card or someone else purchasing one for you.

You get to Costco, excited to spend your new gift card, despite the fact that you are not a Costco member.

You have $50 to spend and you find something for $49.99. It may surprise you to find out that not only will you not be able to make the purchase (because the taxes will exceed the available $50 on the gift card) but you will also be hit with a 10% fee.

Of course, that means that even though you have a $50 Costco gift card, you’re really running around Costco with a $45 gift card.

Costco knows that this would be a severe turn-off when it comes to attracting new consumers to come in and purchase a membership.

Costco also realizes that it’s quite unfair to sell Costco gift cards all over the place with most people having no clue that their $50 gift cards are not really $50 if they don’t happen to have a Costco membership.

It’s bad business and one of the primary reasons that Costco keeps its gift cards off the shelves of other retailers.

The way they see it, most of the people that buy Costco gift cards are going to be membership shoppers.

Do You Have to Be A Costco Member to Purchase a Costco Gift Card?

If you go to a Costco and lack a membership status with them, you will quickly discover that you can’t purchase anything and that includes Costco gift cards.

Since Costco only sells their gift cards at physical Costco locations or as eGift cards on their online platform, you have to be a member to purchase them.

If you purchase a Costco gift card online, you will have to enter your membership number or sign in to Costco.

There’s really no getting around it. The only way that you could purchase a Costco gift card as a non-member would be to purchase it from someone who is a member and bought one.

Honestly, who would do that anyway?

CVS sells a ton of gift cards and some of those gift cards would probably be considered competition for Costco.

However, there are only two major warehouse retailers in the US and CVS doesn’t sell either of their gift cards. Sam’s Club gift cards are just like Costco gift cards.

You have to be a Sam’s Club member to go into Sam’s Club and purchase your gift card. However, CVS does sell some gift cards for retailers that compete with Costco.

There are more than that but it’s difficult to pinpoint a direct competitor to something like a warehouse retailer.

Does Costco Ever Sell their Gift Cards Anywhere Else?

Believe it or not, it does happen from time to time. Costco does not make a habit of it, that’s for sure.

However, there are times when you might catch a sale on a variety of gift cards on the Amazon marketplace, which will sometimes include Costco gift cards.

You can also find Costco gift cards on eBay. On eBay, you might find a Costco gift card that is being sold by an individual. When that happens, you should always be careful about what you are buying.

A lot of people attempt to sell used or empty gift cards on eBay and they’re nothing but a bunch of scammers. If you go looking for a Costco gift card on eBay, be sure to check the seller’s background information and selling history, as well as all of their reviews before you take the plunge.

You will also find Costco gift cards sold from third-party retailers through eBay. Though these are far rarer than finding them from individual sellers, it does happen.

Also, you should know the difference between a Costco gift card being sold on Amazon or eBay and a Costco Shop Card.

The important difference to understand here is that there is no difference. At least not technically speaking.

A Costco Shop Card can be reloaded and it’s kind of like carrying around a debit card. A gift card is purchased at a set rate off the shelf.

Costco doesn’t really differentiate between the two and you will often spot them with different labels. Just know that it doesn’t matter which one you go for as they are effectively the same thing.

In the vast majority of cases, you will only ever find a Costco gift card at a Costco. If you want to purchase one from Costco, you will have to be a member.

Membership with Costco is not overly expensive, but it may be a turn-off for some, depending on how often you would shop there.

Lindsey, do you know if CVS sells Visa gift cards? This is one of the questions our readers ask a lot. Well, we´ve got you covered. Visa gift cards are ideal for all types of shopping. Whether...

Do you know if CVS sells Hobby Lobby gift cards? Well, you are at the perfect place to find the answer to such a question. With such a wide variety of gift cards available at CVS, friends and...