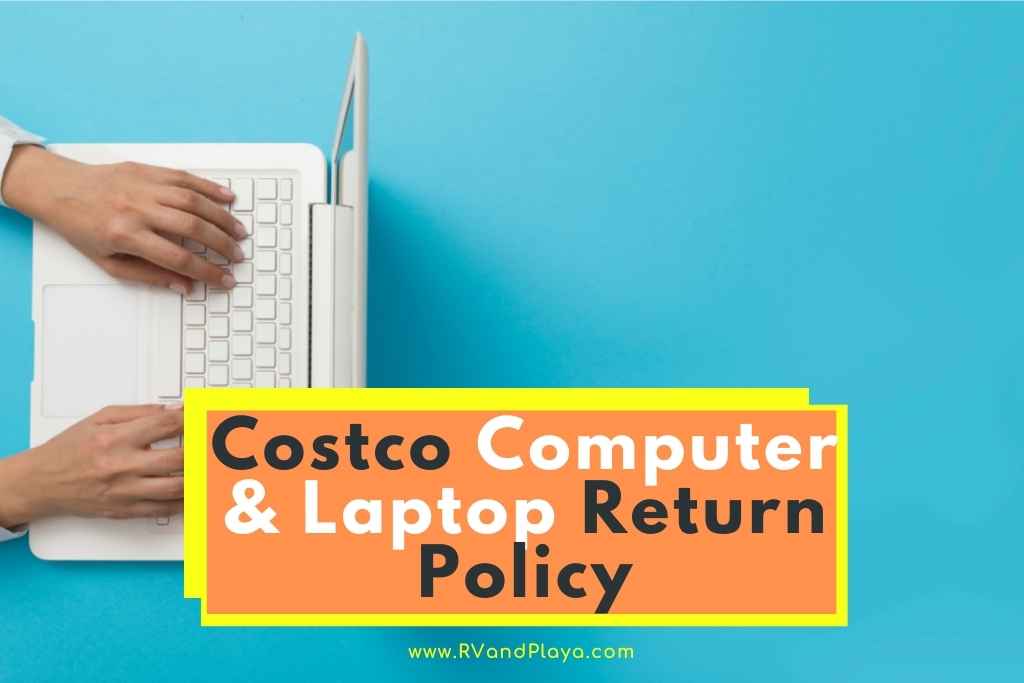 Do you know what Costco Laptop’s return policy is? Well, you are at the perfect place to find the answer to such a question

If there’s one retail chain in the world where you will find just about anything, it’s Costco. As one of the largest retailers in the United States, Costco now sells computers and electronics as well. Most of their retail locations have a fairly robust selection as well but what if you decide that your new laptop just isn’t right for you?

Costco has the best return policy on electronics out of all of the big name retailers, such as , Target, Best Buy, Sam’s Club, and Micro Center. You have 90 days from the date of receipt to return laptops or computers for a full refund, even if you used them.

Out of the above-listed retailers, Target is the only one that even approaches Costco.

Costco gives you a full, three months from the date of receipt, rather than the date of purchase. So if you order a Costco electronic or computer online, your timeframe doesn’t begin until your device is delivered.

That may not sound like much, but you might have ordered that device five days prior and Costco understands the simple logic of not knowing anything about the device until you actually have it in your hands.

During this time period, you can return your electronic device to Costco for a full refund (usually given to you in the form of the method you used to purchase it) or an exchange for an equal value device.

How to Return Your Desktop or Laptop to Costco

Costco makes this pretty simple. You don’t have to just through any hoops and you don’t have to rush it with a full 90 days to get the computer back to Costco. Costco offers you two methods to return your laptop or computer.

Technically, there are three ways to return a desktop or laptop to Costco, if you consider the two online methods, along with the in-store returns.

Online returns take place either through the typical return order process available on Costco’s site or through the Costco Live Chat platform.

If you select the ‘pick up’ option, you will have to set up a timeframe and date for Costco to send their shipper of choice to your door to pick up the item.

If you choose to print a shipping label, all you need to do is slap it on the box and haul it down to your shipper of choice.

Keep in mind, that the reception and processing times can take between 5 and 7 business days. If you elect to have the item picked up, it will add a few more days to that general timeframe so you will have to wait a little bit longer.

Also, take the extra step to pull up Costco’s Warehouse Locator where you can determine which warehouse is the closest one to you.

That will make your return a little bit faster, rather than just sending to the generic address supplied on the Costco website.

An in-store return is the single, quickest way to make a return and get your money back or make an equal exchange. You can also make an in-store return, even if you ordered and received your package online.

When you arrive at Costco, go to the front counter and let them know that you would like to make a return.

So long as you are within your 90-day timeframe, you should have your refund processed, then and there, and have your money or exchange.

Costco Desktop and Laptop Return Without a Receipt

One of the major advantages of the membership that you have to have if you want to shop at Costco is that your purchases are easily recorded.

When you go to Costco and buy a bunch of groceries, every item on that list will show up in your purchase history.

It’s like Amazon, where you can jump on your account and locate everything that you ever ordered through Amazon, going back for years. Costco may not go back for years but it goes back to the beginning of your membership.

This means that you never need a receipt or a proof of purchase when you return an item to Costco. When you get to the counter and hand over the device for a return, a Costco employee will take your membership card and pull up your info on the computer.

It’s easy and quick to process and it’s not something that is available at most retailers, though Sam’s Club does something similar.

What if You are not a Costco Member?

If you have received an unwanted gift that was originally purchased from Costco, but you don’t happen to have a membership at Costco, you will have to get the person who got it for you to either go with you for the return or they will have to give you their membership number.

Outside of getting their membership number or having that person accompany you to Costco, you won’t be able to return a gifted item.

So long as you are still within the 90-day return timeframe, Costco will still process your return, even if you opened the item and used it a few times to try it out. You do need to make sure that you bring the original packaging back if you can.

That always makes the process go by a little smoother.

It’s possible that Costco will take your return if it is missing some of the accessories that came with it but they will deduct the cost of those accessories from the total return.

After all, Costco is going to have to buy new ones to replace the originals that came in the package.

What if You Miss the 90-Day Return Window?

This will almost always boil down to who you are dealing with, as in, what kind of manager.

You will almost certainly be escalated to a manager if you bring an electronic into Costco well after 90 days have gone by.

Some of these things may seem mundane but they matter, as your entire purpose is to persuade the manager to make your device the exception rather than the rule. As the saying goes, “You catch more flies with honey.”

Costco’s return policy is generally unlimited, for any number of products throughout their stores. When we say unlimited, we mean just that.

You can purchase some towels and let them sit in the closet for two years and bring them back for a full refund.

Electronics are not that way, however, and Costco has a list of which ones you have to bring back within the 90-day window to get a full refund.

As you can see, laptops and desktops are definitely on that menu and, although Costco used to be a lot more liberal with the return policy for electronics, they were forced to change that policy over time.

Take Advantage of the Warranty

If Costco refuses to take your laptop or desktop back after the 90-day window has come and gone and there is something wrong with it, don’t forget about your warranty, which comes with the device through the manufacturer.

Sony, HP, Apple, Dell, and Lenovo computers all come with a one-year warranty, so if there is something wrong with yours, Costco will have to honor the warranty through the manufacturer.

Costco’s 90-day return on all electronics is a very good deal. You won’t get that much time if you purchase a laptop or a desktop anywhere else, with Target’s one-month return policy coming the closest.

link to What Is Costco Return Policy Without Receipt? (Secrets You`ll Never Imagine!)

Have you ever asked yourself or your friend what Costco's return policy without receipt is? Well, you are at the perfect place to find the answer to such a question. Costco is one of the largest...

Have you ever asked yourself or your friend what Costco’s return policy for opened electronics is? Well, you are at the perfect place to find the answer to such a question. Costco is the...