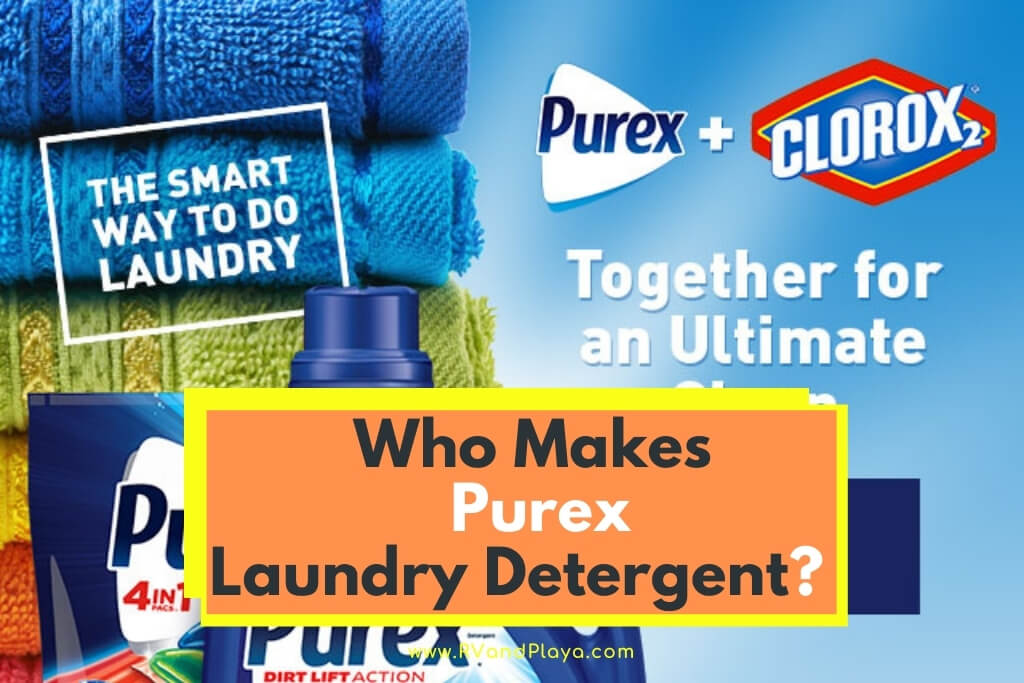 Purex laundry detergent is one of the most popular detergent brands in all of North America.

Originally, Purex produced Purex Bleach, which was the major Clorox Bleach competitor. Today, Purex stands as a competitor of other major brands, such as Tide and Gain.

To learn about Henkel-produced Purex, read on.

So, German-based Henkel is the manufacturer of Purex laundry detergent.

Of course, Procter & Gamble and Henkel aren’t the only two laundry product manufacturers. There are other manufacturers that produce smaller laundry detergent brands, but these are the two biggest manufacturers.

Similarly, both manufacturers produce lesser-known detergents in addition to the premium brands mentioned above.

Henkel is headquartered in Dusseldorf, Germany, but it is a multinational corporation that is active in several industries. Ever since its founding in 1876, Henkel has grown to be one of the largest manufacturers around the globe.

It primarily is active in the consumer and industrial sectors. It has three main business units, including beauty care, adhesive technology, and laundry and home care.

Obviously, Purex belongs to the laundry and home care unit of the business.

Purex is not Henkel’s only major brand. In fact, Henkel produces a number of other big-name laundry detergent brands, such as Persil.

More so, Henkel is the manufacturer responsible for other major brands not related to laundry detergent, such as Dial.

Since Henkel owns so many big-name brands, it is considered one of the most successful manufacturers.

Purex is considered an affordable yet quality laundry detergent brand.

The brand was first established in 1922 as a bleach product, but it is now a brand that sells a number of laundry products, such as detergents, fragrance boosters, fabric softeners, and even dryer sheets.

Most people like Purex laundry detergent because it is affordable and does a pretty decent job of cleaning.

Even though it is not the best detergent for stain removal, it is considered one of the best budget detergents for everyday use.

For example, you can get Purex liquid in Fresh Spring Waters, Fresh Lavender Blossom, Mountain Breeze, and more.

For the liquid laundry detergent, there are different formulas too. For example, you can select between Purex Free ; Clear, Odor Release, and even Baby.

These lines allow you to get a detergent specific to your needs and sensitivities.

The ingredients of Purex laundry detergent are very similar to other commercial detergents. Even the Purex Free ; Clear detergent gets an F rating on the EWG.

An F rating isn’t unusual for commercial detergents, but it obviously is very poor, especially for Free ; Clear varieties.

In terms of effectiveness, Purex is not the leader of the pack, but it is not awful either. Purex makes a very good laundry detergent for everyday use or regular soilage.

You won’t have to worry about regular odors or mishaps ruining your clothes when you have Purex.

That being said, Purex does not do that good of a job for stain removal. Likewise, you will probably want a more tough detergent for serious odors, such as pet beds.

If you are someone who has intense stains and odors regularly, Purex might not be enough to keep your clothes properly cleaned.

The one area where Purex really stands out is in price. Purex is considered really affordable. Plus, its effectiveness is much better than other detergents at the same price tag, making it have good value too.

For example, a 150 fluid oz bottle of Purex Free ; Clear liquid laundry detergent costs about $8. As a result, the detergent only costs $0.05 per fluid ounce.

However, it isn’t as effective as Tide and other premium laundry detergent brands. Still, many families use Purex simply because it can help save a lot of money over the long run.

Is Purex Laundry Detergent Right For You?

Because Purex laundry detergent is not the most effective detergent available, it is far from the best recommendation for all families.

If you frequently have serious stains or odors on your laundry, Purex probably should not be your go-to choice.

Instead, you should spend your money on premium laundry detergents that are more effective. Even though these brands are expensive, they will ensure your laundry gets thoroughly cleaned.

At the same time, Purex can be a good choice if you do not frequently need an intense detergent.

If you only have mildly soiled laundry, use Purex as your everyday detergent, but keep one of the more premium detergents on hand in case of a serious accident.

That way, all laundry can be thoroughly cleaned, but you don’t have to waste money on the premium brands on a regular basis.

Can Purex laundry detergent be used in a high-efficiency washing machine?

Laundry detergent is not designed to kill bacteria, and this includes Purex laundry detergent. Dry your clothes on high to thoroughly kill any remaining bacteria.

Yes, Purex is chlorine-free. Not a single Purex laundry detergent product contains chlorine, not even its bleach products.

Overall, Purex laundry detergent is a good brand if you’re looking for an affordable everyday laundry detergent. It is effective enough to handle regular washes, but it isn’t great for stain removal or odors.

If you know you have intense washing, Purex probably won’t satisfy your needs.

Still, Purex is a good brand. Just keep a stronger stain fighter on hand in case of a wine spill or some other serious stain that needs to be removed.

link to Who Makes Xtra Laundry Detergent (The Truth!)

Gain laundry detergent is considered a premium detergent brand. Gain was introduced to the market in 1969 as a detergent to remove stains. By 1989, the company expanded and even introduced its...