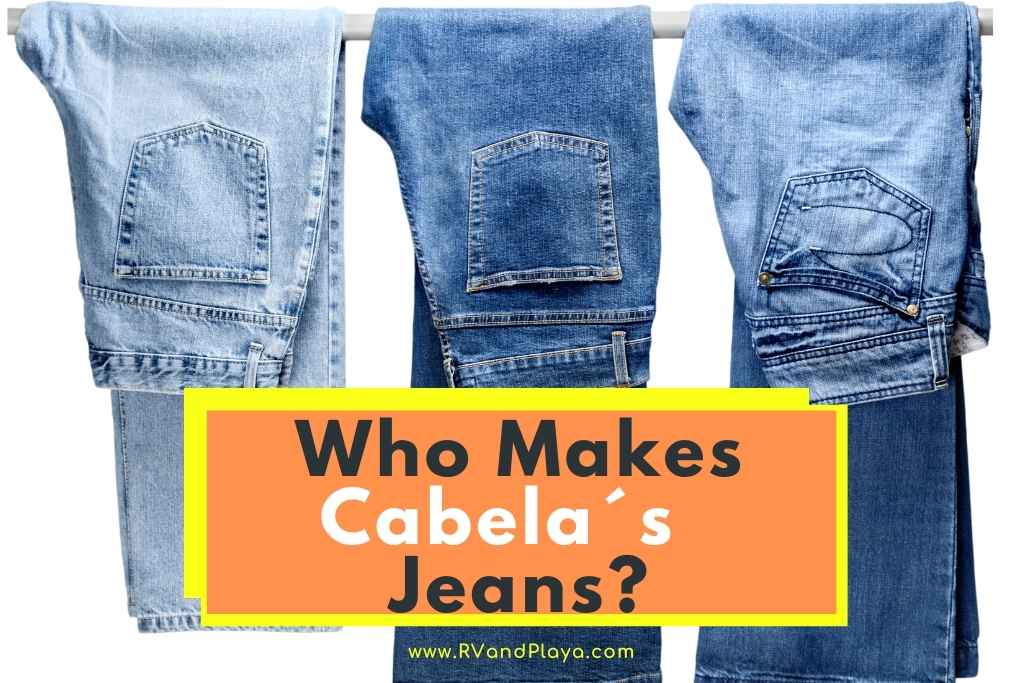 Cabela’s is an iconic chain of stores based around hunting, fishing, and the outdoors. They sell a well-beloved range of jeans with a warm fleece lining so that you will be comfortable while spending time outdoors in the cold and the elements.

You may wonder who is behind the store brand’s jeans.

So, who makes Cabela’s jeans? Well, the answer has changed over the years. Cabela’s used to manufacture their own brand of jeans called Cabela’s. Ever since they were taken over by Bass Pro Shop in 2017, however, they have seemed to phase out the Cabela’s brand in favor of a brand called RedHead.

The rest of this article will go into detail about everything you need to know about just who makes Cabela’s jeans, where you can buy them, and more!

Prior to 2017, Cabela’s had their own brand of jeans simply known as Cabela’s. However, in 2017, they were taken over by Bass Pro Shop.

With the two companies merged, Cabela’s has been phasing out the Cabela’s brand. Instead, the “store brand” of Cabela’s has become the heritage company RedHead.

Read also >> Who Makes Ariat Jeans? (Are They Good?)

Can I still buy the old Cabela’s jeans?

You can try websites such as Poshmark, eBay, and ThredUp for finding used clothing.

How long has the RedHead brand existed?

RedHead is a heritage brand according to Cabela’s. They have existed since the mid 1800s, when they were founded as “E.C. Cook & Bro.” by E.C. and F.W. Cook. In the year 1915, the company went bankrupt and was taken over by a former employee of the Cooks.

The RedHead brand name was first used in 1908, but once it was taken over by S. Theodore Anderson, it became fully known as RedHead. Bass Pro Shop markets RedHead’s origin as being in 1856.

However, there is no proof of this date, and nothing significant happened in that year that relates to the origins of RedHead. Even E.C. Cook was born not in 1856, but in 1845.

So, depending on how you look at it, the RedHead brand has existed since about 1876, when E.C. Cook and Bro. was founded. However, it has been known as RedHead exclusively only since 1915.

Read also >> Who Makes Daytrip Jeans? (Are They Good?)

Are RedHead jeans as good as Cabela’s old jeans?

Some customers disagree on whether the new Cabela’s RedHead jeans are better or worse than the old Cabela’s store brand.

While some claim that the new jeans are superior, others mourn the loss of the Cabela’s brand, claiming that nothing could be as soft and warm as the original fleece-lined denim.

Based on our research, the new RedHead Cabela’s jeans appear to be of the same quality and construction as the original Cabela’s jeans.

They are made of the same 100 percent cotton exterior as the original brand, with the only difference being that they appear to run slightly smaller than the old pairs of jeans.

Does Cabela’s sell other brands of jeans?

Yes, Cabela’s sells other brands of jeans besides just RedHead. RedHead, however, is the Cabela’s “store brand” nowadays.

In addition to RedHead, Cabela’s also sells brands of jeans such as Ariat, Wrangler, Dickies, and Carhartt. For their famous fleece lined jeans, however, you should plan to stick to RedHead—the Cabela’s jeans are iconic for a reason, and these warm flannel pants are the best ones that you can find out there.

Does Cabela’s sell other clothing besides jeans?

Yes, they do! Not only does Cabela’s sell jeans, but they also have other clothing for men, women, and children.

This includes clothing for everyday wear, workwear, fishing and hunting clothing, and camping attire. Cabela’s is geared toward the outdoors-person, and they have almost anything you could think of to outfit you for nature time!

Cabela’s also sells swimwear and accessories such as hats, caps, and shoes.

Does Cabela’s have plus size jeans?

RedHead jeans do not come in a huge variety of sizes. While they do have some larger sizes, they do not produce a dedicated plus size range.

The RedHead jeans for men come in waist sizes ranging from 32 inches to 44 inches. For women, Cabela’s site lists jeans starting in a size 1 and ranging up to a size 20.

For a larger selection of plus sizes, you may wish to try a different brand besides RedHead or any of the other jeans brands that Cabela’s sells.

So, who makes Cabela’s jeans? Well, prior to 2017, Cabela’s had its own brand, simply called Cabela’s.

Now, since Bass Pro Shop took over Cabela’s that same year, the Cabela’s store brand has been phased out and replaced by RedHead brand jeans.

If you are looking for a pair of the original Cabela’s jeans, you may have a hard time finding them. Since they are no longer made, you must find them from secondhand sources.

RedHead has existed since the mid 1800s. Nowadays, their jeans are available at Cabela’s, where they produce clothing for men, women, and children.

Their jeans are similar to the original Cabela’s jeans, with the only difference being that they seem to run a little bit smaller. So, it is a good idea to size up if you are moving from the old Cabela’s jeans to RedHead.

With some big partnership deals and collaborations with influential people, you’ve probably seen the name Celebrity Pink making moves in the world of denim. You might want to know, though, who...

Urban Star jeans are a specific brand of denim strictly for men. You can find them at all the usual retailers like Amazon, Costco, and Wal-Mart. Many reviewers attest to how they fit well, are...