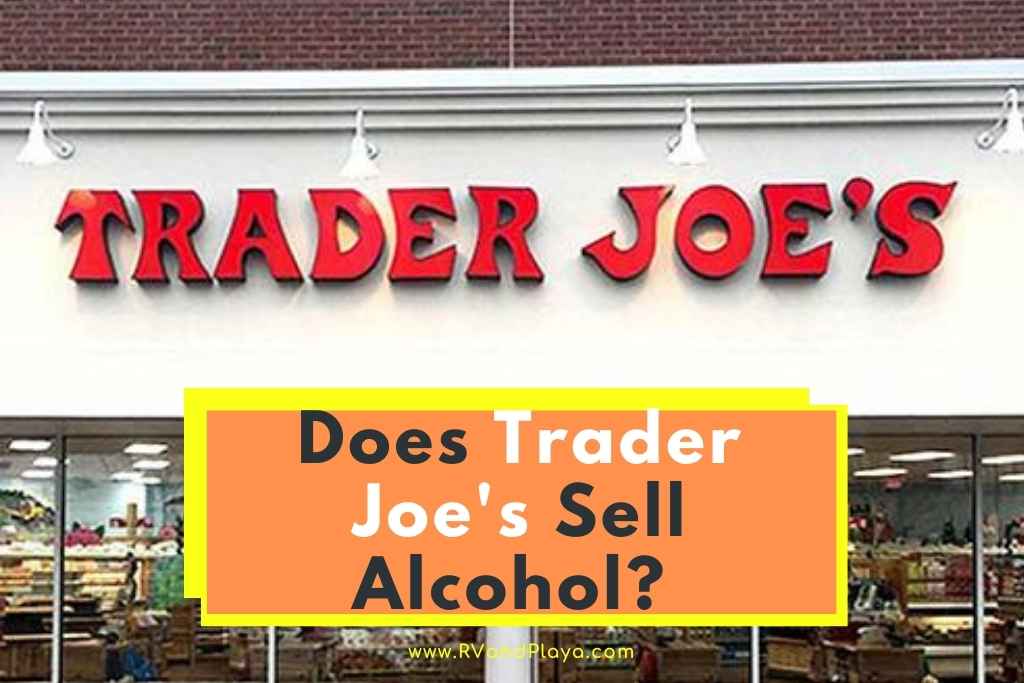 Do you know if Trader Joe´s sells alcohol and the most common types of vodka, tequila, bourbon, whiskey, or rum? this is one of the questions our readers ask a lot. Well, we´ve got you covered.

Liquor laws vary from state to state, and some stores aren’t allowed to have alcohol on the premises, so it can be tricky to know where you can purchase some.

Trader Joe’s is one of the most popular grocery store chains in the United States so there is probably one close to where you are, but you might be wondering, does Trader Joe’s sell alcohol?

Yes, Trader Joe´s sell liquor and alcohol. In every state where it is possible to sell alcohol within a grocery store, Trader Joe’s does indeed sell it. In some of the states that limit the sale of alcohol in grocery stores, like New York, there may be dedicated Trader Joe’s stores for alcohol products, like Trader Joe’s Wines.

Well known for good value, Trader Joe’s can be a great option when you’re looking to buy alcohol and in this article, you will find out all about where to find some in-store.

Why Does Trader Joe’s Not Sell Alcohol in Every State?

The reason behind the difference in the statewide availability of alcohol in-store comes from the way that alcohol regulation works in the country.

After prohibition ended in 1933, each individual state set their own regulations for the sale of alcohol, so some states have different rules than others.

Even individual counties within a state may have slightly different laws regarding liquor sales.

The majority of states in the US allow for the sale of beer and usually wine in grocery stores, and most also allow the sale of hard liquor, but there are some states or regions that don’t.

There are also several states with specific regulations on the days of the week, and hours of the day, where the sale of alcohol is allowed.

You might need to check the exact laws and regulations that apply to your home state before you start shopping but, if it is allowed, it is likely that your local Trader Joe’s will sell alcohol.

In Which States Does Trader Joe’s Sell Alcohol in Grocery Stores?

Despite having over 500 stores across the country, there is not yet a Trader Joe’s in every state. In the states where they do operate, you will probably find alcohol for sale, if it is permitted by state law.

It can be quite confusing to know exactly which states allow the sale of which kinds of alcohol, and where you can purchase it.

Below is a list of all of the states where Trader Joe’s operates that allow alcohol to be sold inside grocery stores, and what kind of alcohol is allowed:

Can You Buy Alcohol in Trader Joe’s at Any Time?

Many states have specific regulations for when you can or cannot purchase alcohol, and these rules are often even specific to certain localities or municipalities.

Blue laws, otherwise known as Sunday laws, restrict activities on specific days and there are still some areas that limit the sale of alcohol on Sundays or public holidays like Easter or Christmas.

In many states, there are also regulations that dictate that alcohol can only be sold between certain hours of the day.

These laws are very specific to individual counties or regions, so it is worth checking your local laws to see what applies to you.

Read also: Does Trader Joe’s Use Instacart or Delivery (Do This Instead

What Type of Alcohol Does Trader Joe’s Sell?

Trader Joe’s sells beer, wine, and hard liquor wherever it is allowed, and they have quite a variety in-store.

As a smaller grocery store chain, the majority of the alcohol that they sell is produced exclusively for Trader Joe’s, either from small distillers or dedicated brewing companies, and they don’t always offer too many big brand names.

They sell many different types of beer, all kinds of wine, and even spirits from vodka to bourbon to scotch whiskey.

You can check online to see which specific products are available at your location.

Is Alcohol Cheap at Trader Joe’s?

Compared to other grocery stores, the alcohol in Trader Joe’s is generally quite good value, and they are particularly well known for cheap prices on hard liquor.

You can expect to find their brand of Vodka for around $10 and Gin for about $12, depending on the taxes in your state.

The alcohol that Trader Joe’s makes is not exactly top-shelf, as they use slightly cheaper ingredients and a less expensive processing method in order to keep the price down.

Because their alcohol is quite cheap, they don’t offer case discounts for wine or hard liquor, but you will find good-value cases of beer.

Despite the low prices, Trader Joe’s alcohol is generally well-reviewed and favourably compared to alternatives like Costco’s Kirkland brand.

Not every state allows the sale of all types of alcohol within grocery stores, but Trader Joe’s does offer beer, wine, and spirits where they can.

In recent years, delivery services have made it so much easier to get your favorite products brought directly to your door, but not every service works with every retailer. If you’ve been trying...

If you’re looking for a cheap place to get some beer, Trader Joe’s is probably high on your list of stores to try – but does it sell beer at all? It’s not worth making a trip out there only...