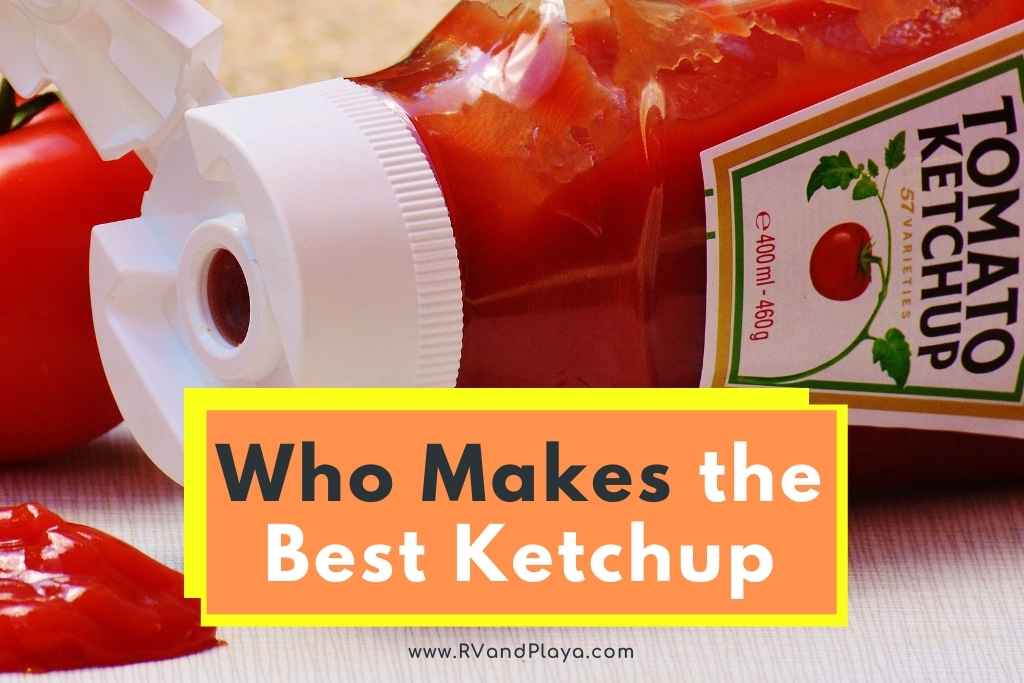 Have you ever asked yourself or your friend who makes the best ketchup? Well, you are at the perfect place to find the answer to such a question.

Many polls have agreed that the best ketchup is made by the well-known brand Heinz. Heinz ketchup frequently tops the polls when it comes to the best ketchup and there are many reasons why it is so loved. Not only does it taste great, but it is also thought to be high quality and comes with a long, successful history.

In the following article, we look in more detail at how makes the best ketchup.

Who makes the best ketchup?

Heinz ketchup frequently tops the polls of the best ketchup, beating many other brands to take the place of customers’ favorite.

Heinz ketchup is widely considered the best and is certainly the most well-known of all the ketchups available. It’s mostly loved for its taste, wide availability, and consistent production.

Heinz is one of the best known and largest condiment production companies in the US, responsible for the manufacturing of around 6000 products, sold in 200 countries worldwide.

A brand known and loved around the world, Heinz have been operating since 1869 and sell around 650 million bottles of ketchup annually.

Read also: Who Makes Aldi Ketchup? (Reviews – Why I Will Buy Again)

Where is Heinz ketchup made?

These two plants are responsible for the entirety of the production of Heinz American ketchup products. From these plants, ketchup is distributed to stores throughout the country.

Heinz currently has its headquarters in Pittsburgh, where ketchup production used to take place. Many people believe Pittsburgh was the place where Heinz himself invented ketchup in the 1800s, so it isn’t difficult to see why there might be some clear signs of the city to the company.

Outside of the US, it is little known that the Netherlands is involved in much of the production of Heinz ketchup products, yet this has been the case for many years.

From the Netherlands, Heinz ketchup is distributed to many countries. Others, like the UK, are involved in the production of their own ketchup.

How is Heinz ketchup made?

The recipe for Heinz ketchup is notoriously secretive, but we know that it has remained the same for around 100 years.

Exactly how the ketchup is made is unknown, but we do know what it contains. Its ingredient list includes tomato concentrate, corn syrup, vinegar, sugar, and salt, along with a long list of other spices and flavorings.

Heinz grows their own tomatoes and states that every tomato used in the production of their American-sold ketchup is grown in America.

These tomatoes are grown to the highest quality without GMO, meaning there is no genetic engineering involved. Heinz uses only the ripest tomatoes in the manufacturing of their ketchup.

Where is Heinz ketchup sold?

Despite production taking place in Ohio and Iowa, Heinz ketchup is distributed to many stores throughout the country.

As a highly popular product, Heinz ketchup should be readily available for purchase in most of the larger grocery stores up and down the country.

Outside of the US, Heinz ketchup is exported to around 200 countries annually. Not only is it available for purchase in grocery stores, but Heinz is often the ketchup of choice for many fast-food restaurants in places including the UK, Australia, and South Africa.

How much is Heinz ketchup?

Heinz ketchup is one of the more expensive ketchups available on the market currently, retailing for around $3.68 for a standard bottle.

It may be that you end up paying more for brand name, so consider this when shopping.

Heinz ketchup also offers up an organic option. As is often the case with organic products, the organic option retails at a higher price than the regular option.

Currently, Heinz organic ketchup retails a price of $5.34 for a standard bottle, which sees a price increase of nearly two dollars when compared with the regular offering.

Pros and Cons of Heinz ketchup

Heinz ketchup consistently tops the polls of best ketchups, and it isn’t hard to see why when you consider the long history of the brand and the consistent quality of the product.

Heinz ketchup is a much-loved, popular choice of ketchup with millions of people, and is frequently considered to be the best ketchup available today.

link to Who Makes Aldi Ketchup? (Reviews – Why I Will Buy Again)

Do you know who makes Aldi Ketchup? this is one of the questions our readers ask a lot. Well, we´ve got you covered. Consumers are becoming increasingly aware nowadays and also more conscious...

Have you ever asked yourself or your friend who manufactures or makes Great Value Tomato Ketchup for Walmart? Well, you are at the perfect place to find the answer to such a question. When it...