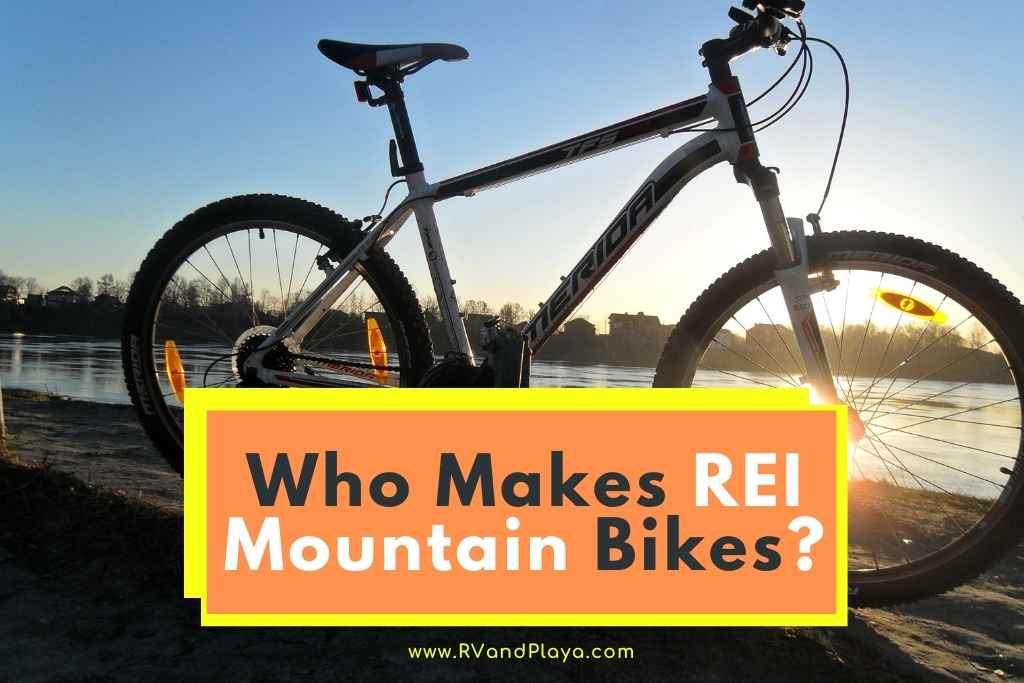 REI’s in-house cycling line is called Co-op Cycles! They offer seven different mountain bikes under their brand. But, have you wondered if REI manufactures their own bikes?

While we can’t say with absolute certainty that REI is in control of their entire bike manufacturing process, it does appear that way. REI has released information about where their factories are located in the world, which includes China, Indonesia, the United States, and more!

In this article, we will discuss the quality of the REI Co-op mountain bikes, where they are made, and what reviewers have to say about them.

When Did REI Start Their Co-op Cycles Mountain Bike Line?

REI’s original in-house bike line was called Novara, but they decided back in 2016 to replace this line with Co-op Cycles. The reasoning was fairly simple, they wanted customers to associate the bike label with their store more.

Customers who had previously purchased the Novara line were seemingly unaware that they were purchasing bikes produced by REI.

The REI director of product strategy for bikes considered naming them “REI Cycles,” but ultimately decided on Co-op Cycles.

What Mountain Bikes Do They Sell?

REI has seven different mountain bikes under their Co-op  Cycles line, as is shown in the following table:

As you can see they have some lower priced mountain bikes for beginners, as well as some higher-priced options for those more serious about the sport.

All of their bikes come in six different sizes:

They also give customers the choice to customize their tire size and width. Tires are offered in four different sizes and three different widths.

This allows customers to fit their wheel to their preference, which will depend on what kind of mountain biking they want to do.

Their bikes are made with aluminum frames, have a hydraulic brake system, and have varying levels of suspension.

Where Are Co-op Cycles Manufactured?

There isn’t a lot of information out there about who makes REI bikes for them, however, it is possible that REI actually is in control of the manufacturing process for their products themselves.

While they would of course contract this work out to other factories with experienced workers or partner with other established brands, they still likely have some control over the process.

The reason we assume they have some control over their manufactuing is due to the fact that REI provides consumers with an updated list of their manufacturing factories twice a year.

In the handout, REI specifies that these factories are used to manufacture the REI Co-op brand and the Co-op Cycles brand.

It is highly likely that REI works with other major brands to manufacture their bikes, this is common practice for companies that carry private labels.

So, while they may exercise control over their factory, they may also be using the facilities of another bike manufacturer.

Are There Any Rumors Over Who REI Works With?

The most common rumor surrounding REI bike manufacturer partners is that the large retailer Giant manufactures their bike frames.

This is supported by the fact that REI lists the Giant Manufacturing Company under their list of factories.

It is located in Taiwan and is just one of the many factories that are associated with other companies.

What Do Customers Have To Say About REI Mountain Bikes?

Although many serious mountain bikers may prefer to support local bike shops, there are many who are loyal to REI’s Co-op Cycles line as well. Many reports that they love the Co-op Cycles for their lower price tag.

Their DRT 1.0, 1.1, and 1.2 are all available for under $1,000. These are some of the lowest prices around for quality mountain bikes that you would be hard-pressed to find anywhere else.

REI Co-op Cycles are also known for their durable frames. This could be due to the fact that it is likely the bike frames are manufactured by Giant, another brand known for sturdy frames.

Customers also like that the bikes are lightweight and have a nice look.

Online, all of the Co-op mountain bikes have at least four stars. Customers often leave raving reviews, whether they are beginner cyclists or experienced, all of them seem to love REI Co-op Cycles!

Although we can’t conclusively determine who manufactures REI Co-op Cycles, it is likely they collaborate with different companies to make these bikes happen.

REI would generally still have control over their factories and the manufacturing process even if they outsource.

The bikes are manufactured in 10 different countries, by a variety of different companies, including Giant, who has been rumored to construct the frames for Co-op Cycles.

These bikes are great and come at different price points for all cycling enthusiasts. Whether you’re an experienced pro or a newbie, REI likely has a bike that can suit your needs!

link to Who Makes REI Bikes? (Are They Good? Quality, Reviews + More)

Have you ever asked yourself or your friend who makes REI Co – Op Bikes or who makes Novara bike frames? Well, you are at the perfect place to find the answer to such a question. REI Co-op...

Continue Reading
link to Who Makes REI Tents? (Are They Good? Quality + More)

Do you know who makes REI tents? Well, you are at the perfect place to find the answer to such a question. REI tents are made in one of the many factories they have in China and another in...