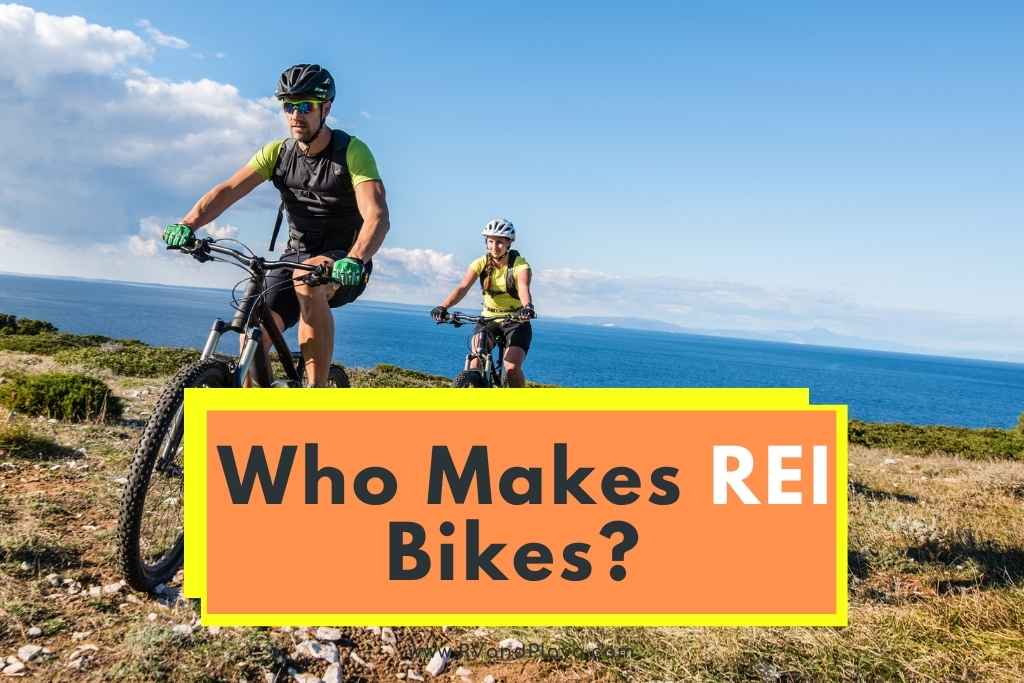 Have you ever asked yourself or your friend who makes REI Co – Op Bikes or who makes Novara bike frames? Well, you are at the perfect place to find the answer to such a question.

REI Co-op brands is a whole line of products the outdoor retailer sells as an alternative to more expensive name brand items. The company holds contracts with many existing manufacturers around the world for the production of REI items, including bikes. Co-op bikes are made with frames manufactured by the company that makes them for Giant.

Many of REI’s customers are cyclists. The majority of shoppers are coming in to purchase cycling gear. A few years ago, REI made a huge shift by rebranding its bicycles to establish a better connection between the brand and its line of bikes.

Read on to find out more about the rebranding and who makes REI bikes.

REI Co-op bikes are the house brand of bicycles manufactured for the retail company. We mentioned in the intro that the frames are produced by the same manufacturer that makes frames for Giant. So, you may be wondering if Co-op bikes are Giant bikes with a different brand painted on.

The answer is no, they’re not. REI Co-op bike frames are high quality just like Giant, but they’re customized for what REI designed.

The shape and geometric specifications are much different than what you’ll find with a Giant brand bike.

Where Are REI Bikes Manufactured?

The bike frames are manufactured by Giant Manufacturing Co. Giant is a company based in Taiwan. It’s the largest manufacturer in the cycling industry.

Giant’s factories are located in Taiwan, China, Hungary, and the Netherlands.

Prior to the REI Co-op brand of bikes, the company sold Novara bikes. They switched to Co-op in 2017 to establish a better connection between the store and its house brand of bikes.

When REI sold Novara bikes, customers weren’t always aware that it was the house brand. The relationship wasn’t clear.

Are REI Co-op Bikes Worth It?

REI Co-op bikes are less expensive than many bikes made by other companies in the industry. Though they don’t come without some problems, overall Co-op bikes are good values.

One issue users report is with the bike chain dropping off. It doesn’t happen right away, but as you wear the bike in, chain drop becomes a nuisance.

You’ll need to get a chain guide and install it to keep it from continuing.

The other complaint some users have is with the tire size of the mountain bikes. Mountain biking enthusiasts feel the REI Co-op bikes should have larger tires to get the optimal speeds.

How Many Kinds of Bikes Does REI Co-op Offer?

REI Co-op offers roughly 20 different bikes for customers to choose from. They offer both adult and kid bikes.

They have four use categories of bikes for sale. These include mountain biking, cycling, recreational cycling, and urban cycling.

Each different type offers its own specific features designed for the kind of riding you’ll be doing.

In this article, you would find 7 Easy Methods How To Choose Right Bicycle.

How Much Do REI Co-op Bikes Cost?

As is true with most brands of bikes, the childrens’ bikes are the least expensive. Kids grow out of their bikes quickly. REI Co-op kids’ bikes start at just over $100 and range up to around $450.

The most expensive REI bikes are electric. You can purchase a city-style electric bike for about $2,700. There is a slightly more affordable version that’s $1,800, though.

Is Cannondale Owned by REI?

Some people have wondered if REI owns Cannondale because they sell a lot of Cannondale bikes and other gear. Though it may seem like one company owns the other, it’s not the case.

Cannondale and REI have a strategic partnership. These two brands are completely separate entities. REI sells Cannondale bikes and other products in its stores because almost three quarters of its customer base are cyclists.

Why Doesn’t REI Manufacture Its Own Bikes?

Companies which manufacture their own products sink a lot of money into establishing factories and facilities to do so.

That up front cost is expected to be recouped through the selling of goods. The company just has to sustain itself long enough to sell enough to make a profit.

If REI were to invest into factories to manufacture its own bikes, they would likely have to price their bikes higher to help offset the cost of the manufacturing facilities.

REI entered into an agreement with Giant Manufacturing Co. because Giant already had facilities established.

The up front cost was already taken care of. Contracting manufacturing out to a well-established company is more cost effective than producing the bikes for themselves.

Should You Get a Co-op Cycle?

Co-op bikes are high quality and affordable compared to some of REI’s competitors. More experienced cyclers may view REI Co-op bikes as more entry level or intermediate rather than professional.

If you’re looking for a good value on a high quality bike that’s multi-purpose, check out the CTY 2.1. It’s a hybrid bike that’s great for getting around the city and doing a little off-roading here and there.

REI bikes are made by the largest manufacturer in the industry, Giant. The frames are customized for REI’s product line and highly durable.

here is a whole range of styles with bikes for children all the way up through adults. REI Co-op bikes are worth a look for most cyclists.

link to Who Makes REI Tents? (Are They Good? Quality + More)

Do you know who makes REI tents? Well, you are at the perfect place to find the answer to such a question. REI tents are made in one of the many factories they have in China and another in...

Do you know if the Peloton Extended Warranty is transferable to the new user? this is one of the questions our readers ask a lot. Well, we´ve got you covered. Peloton took the world by storm...