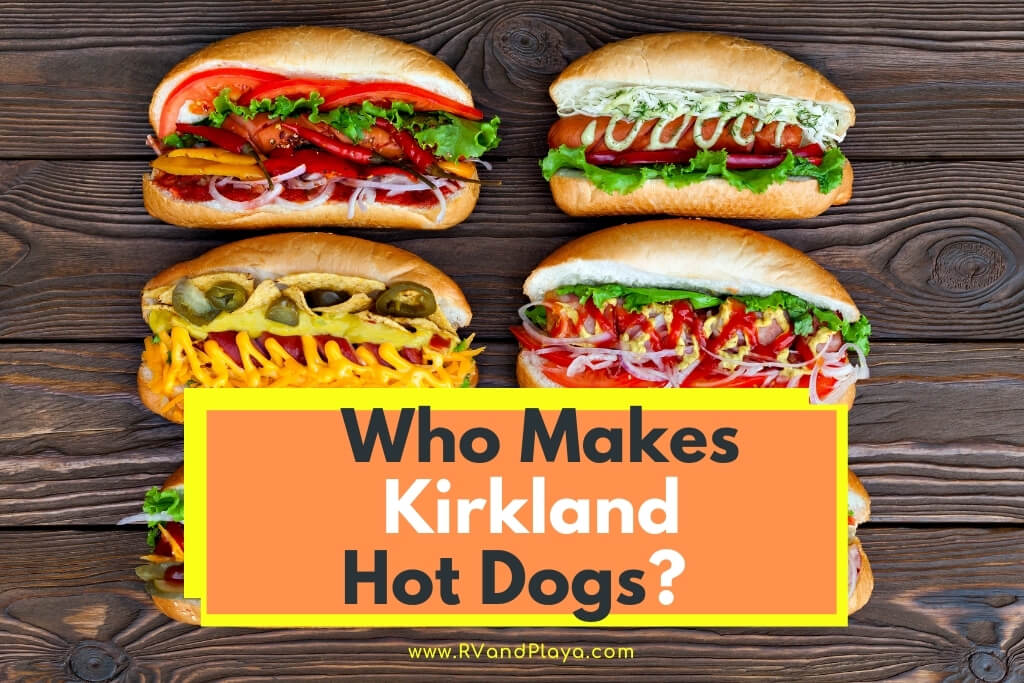 Anyone who has tried Costco’s hot dogs fell in love with their delicious taste and wonderfully steamed bun.

In addition to the hot dogs sold at Costco’s food court, the prepackaged Kirkland Signature hot dogs are also delicious and have a huge cult following.

To learn more about Costco’s interesting move to make their own delicious hot dogs, read on.

The same is not true for the Kirkland Signature hot dogs. Although they were once produced by a big company, Costco now makes its own hot dogs.

In fact, Costco has its own meat plant located in California. There, the plant is packed full of Costco employees to make their hot dogs and various other meat products they manufacture and sell.

This plant is believed to have been owned by Hebrew National at some point, but it is now Costco’s.

Why Costco Makes Their Own Hot Dogs

For many years, Costco’s products were manufactured by Hebrew National, but Costco removed the company as its supplier in 2008.

Since then, all Kirkland Signature hot dogs, including the hot dogs sold in Costco’s food court, are made by Costco in their own meat plant.

Since Hebrew National is such a known company for its hot dogs, you might be wondering why Costco would switch from them to manufacturing their own hot dogs.

Although Costco has never confirmed why they removed Hebrew National from the supplier list, it is believed that Costco did this because of how expensive Hebrew National was becoming.

As a result, Costco did not view out-of-house companies as an economic choice for their hot dog production.

Flavor-wise, people go absolutely crazy over the Costco hot dogs. If you look online, you can find article after article raving about their flavor, both in the store court and from a package.

More so, they do not include any by-products, corn syrup, fillers, phosphates, artificial colors, or artificial flavors.

Another reason why people love Kirkland Signature hot dogs is their price. At the Costco food court, a pre-made hot dog only costs $1.00. Given that these hot dogs are a quarter pound of 100% beef, that is a great deal.

So, the prepackaged Kirkland Signature hot dogs are much more expensive.

However, most people are willing to pay this price because the quality of the Kirkland Signature hot dogs is much more impressive than just about any other brand on the market.

What Other Users Say

Even though the hot dogs are more expensive, there are practically no people that even mention the more expensive price, only the higher quality flavor.

Even though Kirkland Signature hot dogs are pricey in the long run, you should definitely try some. They are delicious because of their healthy and natural ingredients.

Whether you stop by the Costco food court or pick up your own pack, you will likely fall in love with the Kirkland Signature hot dogs.

The Kirkland Signature hot dogs are manufactured by Costco, which allows them to control all of the ingredients that go into the dog.

As a result, these hot dogs are the tastiest in the industry. We recommend trying out Costco hot dogs if you have not already.

If you've ever had Kirkland tuna fish, you know it's high-quality and tastes great. But you may have heard that Kirkland Signature products are not produced directly by Costco. That's not a rumor,...

Potato chips are popular with a lot of consumers. Kettle chips have become increasingly more popular over the past couple of decades. They come in several different flavors, including Kirkland...