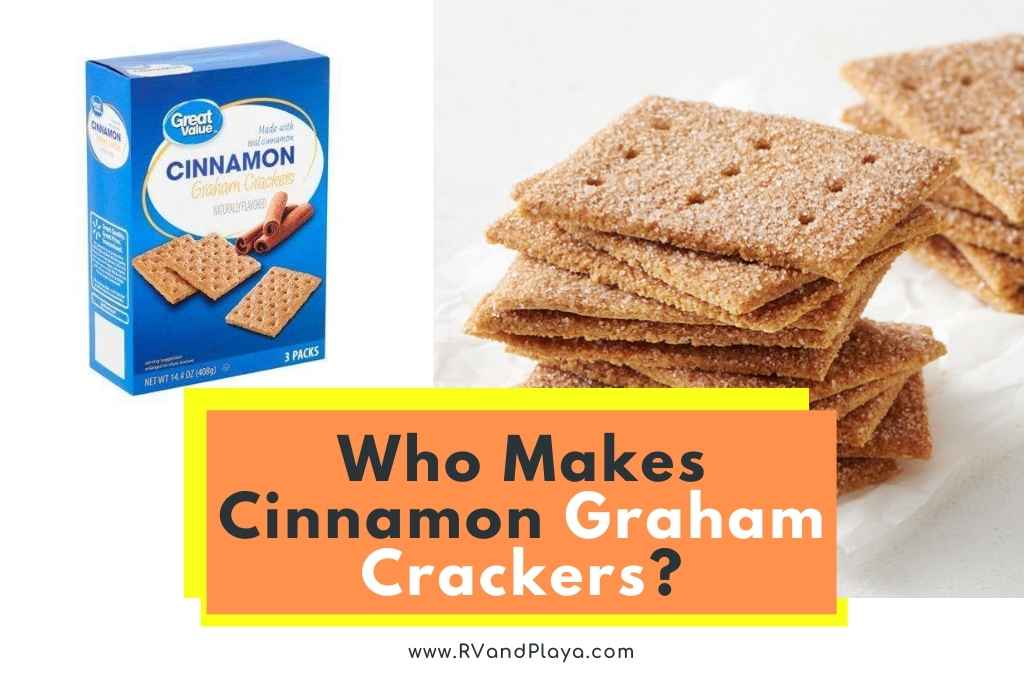 As the outside of the box tells you, Honey Maid Cinnamon Graham Crackers are produced by Nabisco. Nabisco is a subsidiary of Mondelez International, a multinational food company. This company is responsible for basically all major cookie and cracker brands today.

Nabisco’s Chicago plant is actually the biggest in the world, and it is responsible for making a number of major cookie brands.

To get a full picture of who makes Honey Maid Cinnamon Graham Crackers, it’s important to understand the role of both Nabisco and Mondelez International.

Let’s start by looking at Nabisco first because it is the direct producer of Honey Maid Cinnamon Graham Crackers.

Nabisco is an American manufacturer that produces many cookies and snacks. Though they are headquartered in East Hanover, New Jersey, they have the largest plant in the world in Chicago.

Nabisco’s history reaches all the way back to 1792 when the Pearson ; Sons Bakery was opened in Massachusetts.

The name of this company changed a couple of times, but it merged to become the National Biscuit Company in 1898. Nabisco is just a shortened version of this name, and it became the official name by 1971.

During all this time, Nabisco underwent a number of mergers, splits, and acquisitions. It would be boring to explain it all here. However, one split that is important happened in 2011.

Kraft Foods split into a grocery company and a snack food company. As a result, Nabisco became a part of the snack food business, which is under the name Mondelez International.

Mondelez International can be traced back to 1923 to a company called National Dairy Products Corporation. This corporation was acquired by Kraft Cheese Company.

In 2011, Kraft Foods announced that it was going to split into two separate companies, one that focused on North American grocery and the other that focused on international snacks and foods.

Mondelez International produces plenty of snack products you are probably familiar with. Some of the most popular include Belvita, Oreo, Chips Ahoy, Ritz, Triscuit, Toblerone, Trident, Tate’s Bake Shop, and many more.

Anyone who has tried Honey Maid Cinnamon Graham Crackers knows that they are delicious. Honey Maid Graham crackers today are known for having the freshest flavor and the best crunch.

Although there are plenty of other off-brands, Honey Maid is now synonymous with Graham cracker.

Of course, Honey Maid makes a variety of grand cracker flavors, with cinnamon just being one of them. Honey Maid also makes original Graham crackers, chocolate Graham crackers, and other flavors. All of these flavors are delicious, fresh, and loved by people of all ages.

What About Other Cinnamon Graham Cracker Brands?

For these different Cinnamon Graham Cracker brands, Nabisco and Mondelez International may not be the manufacturers. You’ll have to do research based on the individual product you purchased. In some cases, Nabisco will still be responsible for these off-brand products.

Honey Maid Cinnamon Graham Crackers are directly produced by Nabisco, which is a subsidiary of Mondelez International. Nabisco manufacturers plenty of other cracker and sweet products at their large Chicago facility.

Even though Nabisco is responsible for manufacturing the Cinnamon Graham Crackers, Nabisco is controlled by Mondelez International.

Mondelez International oversees the process, but Nabisco is responsible for the actual creation of it.