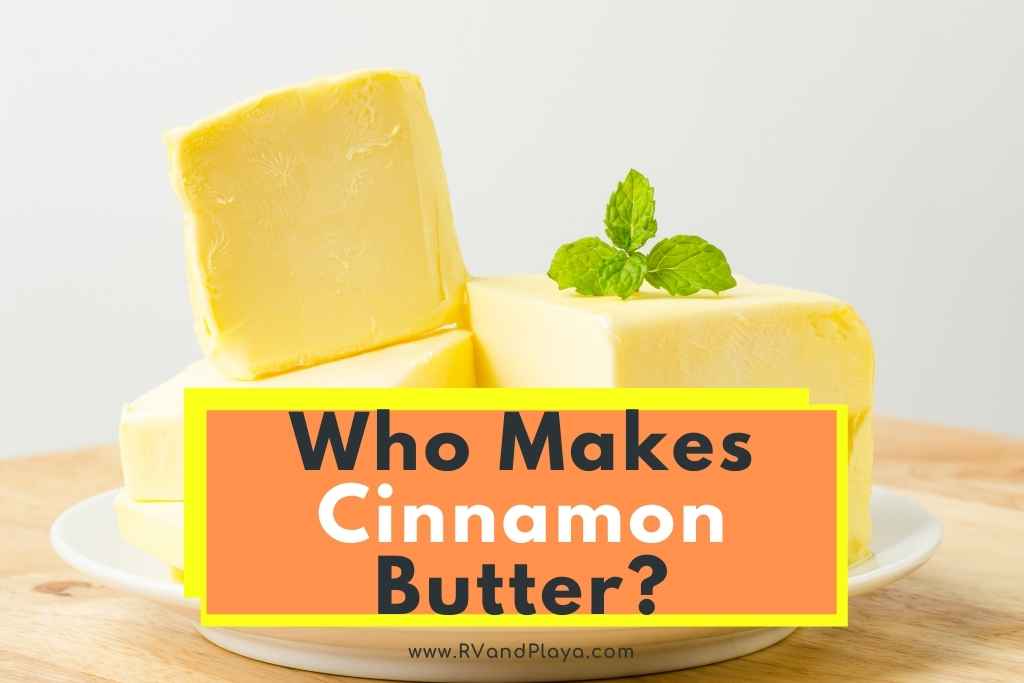 There are plenty of cinnamon butter brands and products you can find at the store, and you can even make it yourself.

Some popular manufacturers of cinnamon butter include Land O Lakes, Private Selection by Kroger, Downey’s by Honey Butter Products Co., Inc., and private butter makers in your area. You should be able to find at least one of these cinnamon butter products at a store near you.

Today, there are dozens of cinnamon butter varieties available at the store. Below is a list of some of the most popular, as well as information about who manufacturers these brands.

One of the most popular cinnamon butter types is the Land O Lakes Cinnamon Sugar Butter Spread. Land O Lakes is super easy to find at just about any grocery store. You can find it at , Publix, and Amazon. The flavor is delicious too.

Land O Lakes, Inc. is the producer of this tasty spread. In other words, it is not a subsidiary of another company. Land O Lakes produces its own products, including the Land O Lakes Cinnamon Sugar Butter Spread.

If you are looking for high-quality, all-natural cinnamon butter, you might like Downey’s Cinnamon Honey Butter. This product is delicious and produced in a dedicated facility to ensure the product you get is high-quality and delicious.

If you live in an area that has a lot of cows, dairy products, and butter products, you will likely be able to find private butter makers that make cinnamon butter.

After all, cinnamon butter is one of the more popular flavors that are relatively easy to make.

Of course, not everyone will have access to private butter makers. Those who live in the city, for example, might have more difficulty finding these products.

However, keep an eye out for private butter makers because their cinnamon butter will likely be the healthiest and most delicious.

Which Cinnamon Butter is The Best?

All of the cinnamon butters above are known for being delicious, fresh, and reliable. You can’t go wrong selecting any one of these butters.

That being said, you may find one of these butter to be more convenient for your lifestyle than the others.

For example, Land O Lakes and Private Selection cinnamon butter are probably best for you if you want to purchase it at a store in your area. Conversely, if you’re looking for the best quality cinnamon butter, you might like Downey’s or private butter makers, but they will be more expensive and more difficult to find.

We recommend trying different cinnamon butter to find out which one is best based on your lifestyle, budget, and taste buds.

How To Make Your Own Cinnamon Butter

If you don’t want to go out of your way to find cinnamon butter at a store near you, you can actually make your own. Here is how to make a Texas Roadhouse cinnamon butter knockoff recipe:

You will have to look at the brand you purchased individually to determine who the manufacturer is.

People ask, who makes Kirkland butter? Some of us don’t think too hard about what we spread on our toast, dollop on baked potatoes, or savor in crunchy chocolate-chip cookies. Others track down...

Have you ever asked yourself or your friend who makes Great Value butter for Walmart? Well, you are at the perfect place to find the answer to such a question. Most shoppers who frequent Walmart...