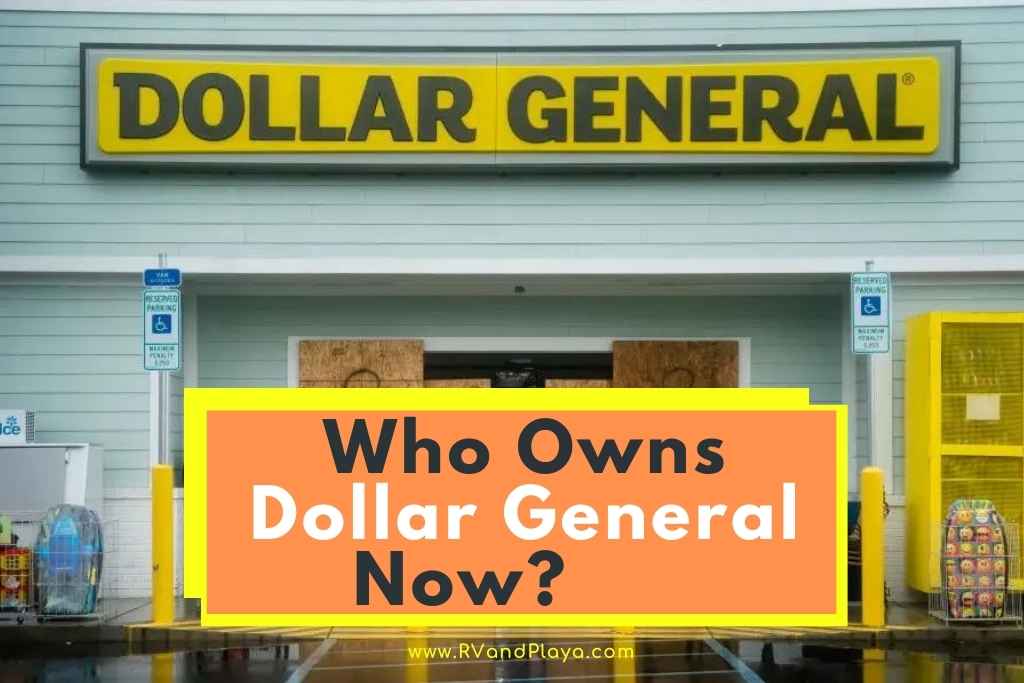 Do you know who owns Dollar General? Well, you are at the perfect place to find the answer to such a question.

Dollar General calls itself America’s neighborhood general store with over 18,000 stores across 46 states. Are you wondering who owns Dollar General and whether Dollar General is a private or a public company?

Dollar General was originally founded in 1939 in Kentucky by the Turner family and was known as J.L. Turner and Son, changing its name to Dollar General in 1955.

In 2007 all Dollar General Corporation shares were acquired by a consortium of private equity investors, including KKR, GS Capital Partners (affiliated with Goldman Sachs), and Citigroup. As such Dollar General was delisted from the New York Stock Exchange.

In 2009 Dollar General filed again for a public share offering taking it back into public ownership.

Dollar General’s mission is ‘Serving Others’.

This means placing customers at the center of everything the company does while delivering good value and convenience.

For Dollar General’s employees, this means being respected and being given the opportunity to develop their careers. The Dollar General mission also aims to support local communities.

Dollar General has over 18,000 stores across America and focuses on the sale of frequent use products such as food & snacks, health & beauty, cleaning & household supplies, basic apparel, and seasonal items. Dollar General aims to keep prices low and make shopping convenient by locating stores in neighborhood locations.

Dollar General sells a wide range of products from well-known national brands such as Procter & Gamble, Coco-Cola, Unilever, Kimberly-Clark, and Kellogg’s, as well as a range of private brands.

When the Dollar General Corporation was listed for the second time on the New York Stock Exchange in 2009 its share price launch was $23.

In the twelve years since the second stock exchange listing the Dollar General share price has steadily risen in value ten-fold and in the first part of 2022 was typically trading in the range of $210 – $230.

Based on information contained in the Dollar General 2021 Annual Report, the largest Dollar General shareowners are all private equity institutions and are shown in the table below.

The largest investing companies each own shares worth more than 4$billion.

According to Dollar General’s 2021 Annual Report, Todd J. Vasos (Chief Executive Officer) holds the highest number of shares amongst the Dollar General employees with around 425,000 shares.

Note that shareholdings are dynamic, and the shareholding totals of private equity investors, mutual funds, and individuals can change on a daily basis as they buy and sell shares, and as new shareholders enter and exit the company’s shareholding.

So, today’s shareholding will undoubtedly be different from that reported in Dollar General’s latest Annual Report.

For up-to-date shareholder information, you can check-in at financial websites such as DG – Dollar General Corp Shareholders – CNNMoney.com

Dollar General is America’s neighborhood general store with over 18,000 stores across 46 states.

Dollar General is listed on the New York Stock Exchange and is owned by a large number of different shareholders. Around 95% of Dollar General shares are held by private equity institutions and equity funds as opposed to individual investors.

The companies with the largest shareholdings in Dollar General typically each own around 8% of the company with a value of around $4billion.

Have you ever asked yourself or your friend if Dollar General sells Amazon gift cards? Well, you are at the perfect place to find the answer to such a question. Dollar General is famous for its...

Continue Reading
link to Who Owns Now Foods (The Truth!)

Do you know who owns Now Foods? this is one of the questions our readers ask a lot. Well, we´ve got you covered. Now Foods is a very popular brand in the natural health industry, offering a wide...