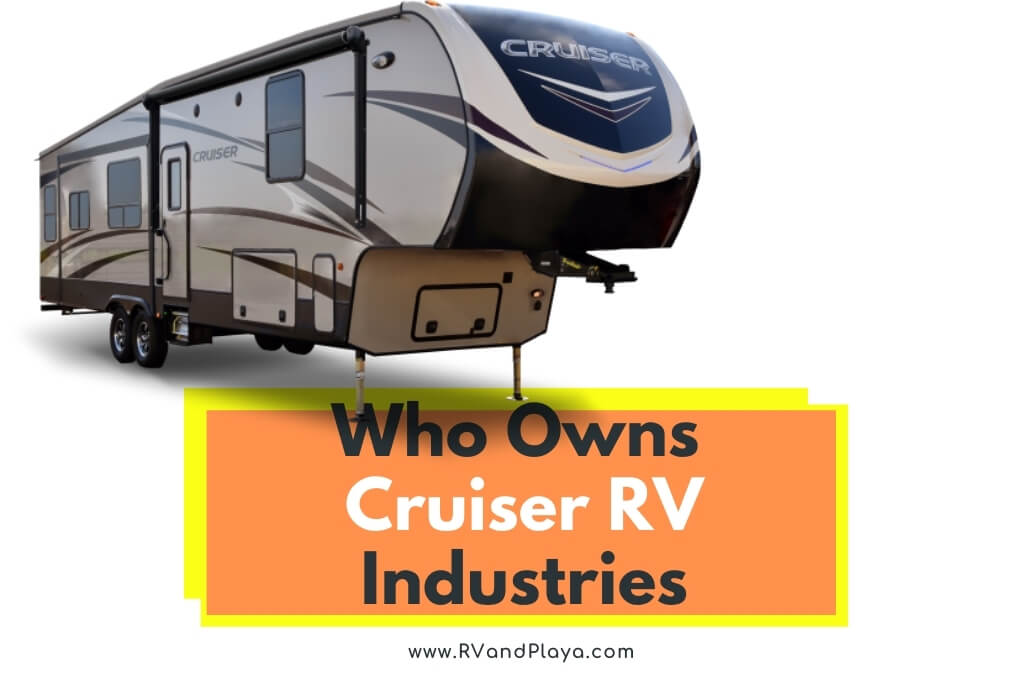 Have you ever wondered who owns cruiser RV? Look no more. We´ve got you covered.

Cruiser RV is, of course, one of the most popular RV manufacturers in the United States. Therefore, it isn’t uncommon that people wonder who owns Cruiser RV.

On this page, we are going to answer some of the more burning questions that you may have. Basically, we want to run you through exactly what the ownership structure of the company is.

The History of Cruiser RV

Cruiser RV is an RV manufacturer founded in 1988. The company only focuses on producing RVs, and many of its products are designed to be affordable and lightweight.

Cruiser RV currently carries out all of its manufacturing in Howe, Indiana. However, due to the way in which the company has been structured, there may be a small amount of work carried out at one of the other companies that operate alongside Cruiser RV. However, it is tough to tell.

This is where things can get quite murky.

If you head to the Cruiser RV website, they make the rather bold claim that they are a family-run business. Now, while we have no doubt that they do have a lot of family members helming the company, it is not really a family-owned business.

Cruiser RV is actually owned by Heartland Recreational Vehicles. They have been since the early 2000s.

The ownership confusion doesn’t end here, though. Heartland Recreational Industries was actually purchased by Thor Industries back in 2010. This means that the ownership structure looks like this:

Read also: Who Owns Fleetwood RV – 6 Facts You Should Know

The History of Thor Industries

We are going to skip talking about the history of Heartland Recreational Industries. This is because it is a company that wasn’t around for too long and, to be honest, it seemed to act as more of a holding company for other RV manufacturers.

We do want to talk about the history of Thor Industries, though. This is because you have probably heard of them.

Thor Industries currently produces around a quarter of all of the RVs that are manufactured in the United States each year. It accomplishes this by owning several different RV manufacturers. This includes:

Each of these companies will have their own brands operating under them too. So, chances are, if you have seen an RV driving around the United States, it is likely going to have had Thor Industries involved in the manufacturing process at some point.

Of course, large companies like this don’t really spring up from nowhere. They are built, over time.

The history of Thor Industries actually begins with Airstream. Back in the 1980s, Airstream was actually owned by a food processing company (Beatrice Foods). Obviously, food processing and RV manufacture isn’t really something that mixes that well.

Since Beatrice Foods were on the brink of going out of business anyway, they decided to sell Airstream.

After this, the company rapidly expanded, bringing in more and more brands under the banner. This eventually culminated in the company being listed on the NYSE and, of course, this resulted in people snapping up the shares, allowing the company to expand even further.

Cruiser RV came under the ownership of Thor Industries in 2010.

What’s NEW for Cruiser RV – Stryker Toy Hauler >> Check out the video below:

Who Owns Thor Industries? Thor Industries is a public company (PLC). This means that it is listed on the New York Stock Exchange (NYSE) under the ticker THO.

This means that the company doesn’t really have an owner, as such. Instead, people can buy shares in the company and become part owners. You could even do this if you really want to do so.

Of course, as with most PLC companies, there will be some companies that have a great stake in Thor Industries than others. However, none of them really have a major say in the day-to-day running of the business.

Who Are the Major Shareholders in Thor Industries?

As Thor Industries is a public company, it does have thousands of shareholders. Obviously, we are not going to be able to list them all here.

In fact, us giving a complete list of all the shareholders would be rather pointless as they change on a daily basis. What we can do, however, is give you a list of the major shareholders in the company.

Now, do bear in mind that the nature of public shares means that these ownership stakes can vary wildly on a day-to-day basis. We are writing this article on a Saturday, and by Monday, the ownership stake could have drastically changed from what we list here.

That being said, Thor Industries is a stable enough company that we doubt that there is going to be that much of a major shift in ownership stakes in the company:

There are plenty more companies beyond this that own between 2% and 5% stake in the business.

👉 Interestingly, the shareholders in Thor Industries tend to have a greater stake in the business than with companies like Winnebago.

Obviously, since we are not financial advisors, it is tough to speculate why this is. However, it is likely that many of these shareholders do see Thor Industries as a rather stable investment. This shouldn’t really come as a surprise, though.

Remember, Thor Industries is known for producing around a quarter of all of the RVs sold within the United States.

👉 As you can see, none of these companies are RV companies. They are mostly investment firms that are working on behalf of their clients.

They are purely in it for the money. As long as Thor Industries is making them money, then they are probably not going to be concerned too much about how it accomplishes it. Well, as long as nothing illegal is happening.

👉 As a result, all of the major decisions for the company (i.e. recruiting the management board, investments, etc.) will normally be carried out in consultation with the major shareholders of the business. The ones with a greater stake in the business will end up with a lot more voting power.

Do the Shareholders Impact the Running of Thor Industries?

Shareholders will always have a limited impact on the way in which a business that they have a stake in is being run. After all, it is the shareholders that have invested their money, and they expect to see a return on their investment.

However, as we previously said, none of the shareholders are that active in the world of RVs. They own a stake in other RV companies (namely Winnebago), but they simply do not have the knowledge on how to run this type of company on a day-to-day basis.

This means that all of the decision-making will be carried out by the current CEO of Thor Industries, Bob Martin.

Chris Hermon is also the main decision-maker for Cruiser RV.

To be honest, since Cruiser RV forms just a small amount of the business that Thor Industries has, we doubt that the shareholders would be paying that much attention to how Cruiser RV is being run anyway.

Can You Own a Stake in Cruiser RV?

Now, we aren’t going to be giving you financial advice here. We are in the business of talking about RVs, not helping people to make money on the stock market.

👉 What we can tell you, however, is that if you own a stake in Thor Industries, you will get a cut of their profits each year.

For one share, this is likely only going to be a few cents. Obviously, you will also have the ability to sell the share if the price rises. This can give you a decent amount of profit too.

Do remember that unless you are a multi-millionaire, you probably won’t have any decision-making power at Cruiser RV.

Many of the companies that have stakes in the company have invested millions and millions of dollars into the business, and even they do not get a say in how everything is run.

👉 Honestly, for most of us, the only real excitement with owning a stake in Thor Industries is to say that we are a part-owner of an RV company. Nothing more.

👉 You will be allowed to a vote at the annual shareholder meetings. However, the number of the votes will be equal to the number of shares that you own.

So, if you own just 10 shares in Thor Industries, your vote is not really going to be mattering all that much since many of the major shareholders in the business own hundreds of thousands of shares.

There are plenty of sites online where you can buy and sell shares. Obviously, do your research to ensure that you are not going to end up getting scammed during the process.

As you can see, the ownership structure of Cruiser RV can be quite complicated. While they do regard themselves as a family-run business, they are technically owned by Thor Industries.

Thor Industries is then, in turn, owned by shareholders by way of it being listed on the New York Stock Exchange.

Don’t worry, though. Cruiser RV isn’t a soulless corporation due to it being a part of a massive conglomerate.

Working with Thor Industries has allowed them to improve their designs and offer far more affordable prices than they could when they operated independently.

link to Who Owns Winnebago Industries: 7 Facts You Should Know (Explained)

Have you ever wondered who owns forest river RV? We´ve got you covered. Forest River, Inc. is one of the largest producers of towable recreational vehicles (RVs), with 15 manufacturing facilities...