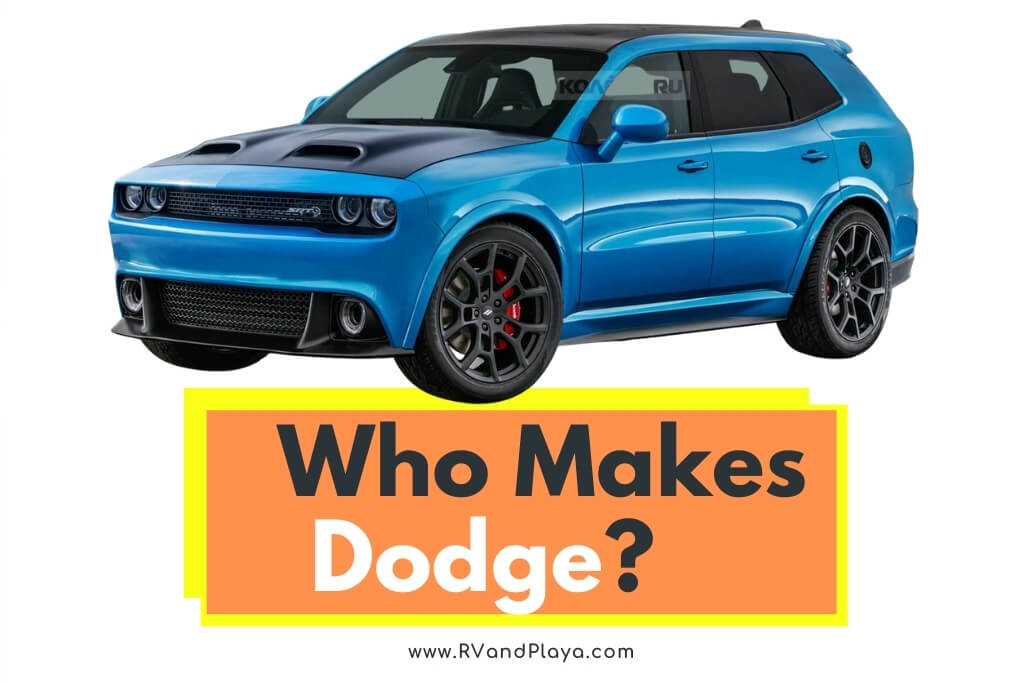 The question over who makes Dodge is an entirely understandable one. Today, it seems as if every auto manufacturing brand is owned by someone else.

However, a “parent” company doesn’t necessarily denote the term, “manufactured by.”

So, who makes Dodge? Dodge vehicles are made by FCA US and Dodge, which is a division of Stellantis, is headquartered in Auburn Hills, Michigan. Dodge—under FCA US— still manufactures vehicles and takes care of the vast majority of the Dodge brand within the United States.

Dodge is primarily in the muscle car game today, with continued production of the Dodge Challenger and Charger prioritized. Dodge Ram split off from Dodge in 2009, becoming just Ram. Of course, the question is, who is making the decisions? The answer is Fiat.

Dodge and Chrysler are both owned by Fiat, an Italian-based company that’s headquartered in Italy. That doesn’t mean that Fiat makes Dodge vehicles.

Only that Fiat has a controlling interest in the Dodge brand and continues to manufacture cars here based on decisions from Fiat.

Who Will Make Future Dodge Vehicles?

Dodge will continue to manufacture Dodge vehicles for the foreseeable future. You’re not going to see a Fiat manufacturing facility crop up in Michigan and start spitting out Challengers. Dodge is still an American staple and will remain so.

The CEO of Fiat, Sergio Marchionne, is a businessman and as such, has made it his business to try and understand the American consumer—as any businessman or woman would do.

That’s precisely why you won’t see Dodge vehicles showing up as Fiats. You’re not going to see a Fiat Charger in 2022.

Though owned by Chrysler and ultimately, by Fiat, Dodge will continue to manufacture Dodge vehicles here in the US.

However, Fiat has made some decisions that—from a business perspective—are probably justified, though maybe not as popular with the American consumer.

Ram breaking away from Dodge for one, the Viper falling predominately under Fiat’s supercar divisions for another.

While Dodge vehicles will continue to be in the mix on American roadways, the Challenger and Charger will dominate the Dodge lineup stateside for the foreseeable future.

As far as Chrysler is concerned, there are only two vehicles that remain in production, the Pacifica and the 300.

So, What Exactly Is Stellantis?

In 2021, Fiat Chrysler Automobiles (FCA US) merged with a French multinational automotive manufacturing company known as, the PSA Group.

The merger is known as Stellantis. Stellantis is responsible for a vast portion of the automotive manufacturing process in the US.

Under the Stellantis umbrella, Dodge, Chrysler, Fiat, Jeep Maserati, Ram, Mopar, Alfa Romeo, DS, and Peugeot are all manufactured. Of course, that’s not all that Stellantis is responsible for.

They also oversee several operations, from the developmental stage to manufacturing and sales. Much of the future in Dodge design will begin and end with Stellantis.

It has an 11 member board and is headquartered in Auburn Hills, Michigan.

Confused? That’s completely understandable. Navigating the various ownership of the Dodge brand weaves a complex narrative that runs all the way back to the 90s.

FCA US is now considered part of the “Big Three” automobile manufacturers that include Ford and General Motors.

Despite all of the ownership changes, mergers, and acquisitions, the Dodge brand—or, in the name of accuracy, the FCA US group under Stellantis—is way behind GM and Ford in terms of success rate in the United States alone.

That doesn’t speak towards any knowledge or information regarding Fiat’s sales and business acumen in Italy and the whole of Europe.

It just means that here, in the US, GM and Ford far outperform Dodge in sales and annual revenue.

It’s easy to see how some could wonder at Fiat’s (Stellantis) manufacturing and marketing strategies from here on out.

Of course, the numbers are a bit unfair, since Dodge only represents Dodge vehicles and not the whole of Fiat, Chrysler, and Dodge combined.

However, seeing as Chrysler is on its deathbed, and Fiat is not a popular or well-sold brand in the US, the numbers are still pretty disheartening for Dodge fanatics.

The number of changes Dodge has undergone over the last quarter of a century is pretty phenomenal. Time will tell if it works out for the better.

While there are other vehicle brands that fall under other manufacturers—such as Lincoln under Toyota and Acura under Honda—Dodge has made a name for itself just by jumping from one to the next to the next over the years.

Whether that’s a good thing or not remains to be seen. For the time being, Dodge will continue to put Challengers and Chargers on the road.

While Ram is no longer under the Dodge name, it is still synonymous with it and will remain a staple in American trucks for the foreseeable future. link to What Does SXT Mean For a Dodge Caravan? (Explained)

Have you ever wondered what does SXT means for a Dodge Caravan? Well, look no more. We´ve got you covered. If you are looking to buy a new minivan, you’ve likely been entranced by the Dodge...

Have you ever wondered if a Jeep Wrangler can tow a camper? Look no more. We´ve got you covered. Your Jeep Wrangler is made for the great outdoors, and you may be wondering what kind of camper...