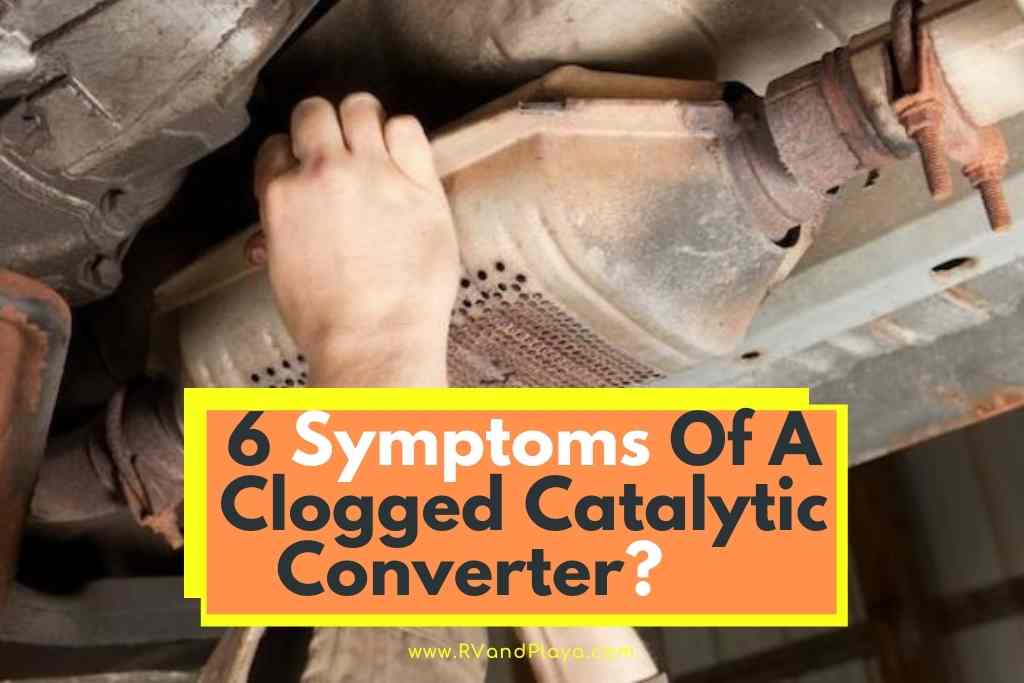 Have you ever asked yourself or your friend about signs or common symptoms of a clogged catalytic converter? Well, you are at the perfect place to find the answer to such a question.

Catalytic converters are unique in that they contain three rare elements that fall under the platinum group of metals.

PGMs in a catalytic converter consists of platinum, rhodium, and palladium. All three are rare and valuable resources that perform an important function.

These components convert harmful emissions into harmless gas before they are expelled through the exhaust.

So, what are the most common symptoms of a clogged catalytic converter?

When a catalytic converter is failing, it is commonly associated with the following six symptoms which included:

Of course, outside of the rotten egg smell, the other symptoms could be a result of a variety of other issues with your vehicle.

However, there’s often a check engine light associated with it, so if you have the right tools, you can diagnose it properly.

It’s not so much a rotten egg smell as it is sulfur, which is often indistinguishable from the smell of a decaying egg. It doesn’t have to smell exactly like a rotten egg or sulfur either.

Though the smell is often associated with rotten eggs, it can also be similar to an open sewer. It’s not a pleasant thing to smell and can also mean that there are exhaust fumes getting inside your vehicle.

If that’s the case, you have more problems than just a disgusting smell.

Since exhaust fumes carry carbon monoxide, if you happen to catch a whiff of exhaust in your car while driving, you need to get off of the road as soon as possible.

Carbon Monoxide can quickly place you in a state of unconsciousness.

The rotten egg smell is a direct result of a failing catalytic converter. The converter’s job is to take the harmful gasses expelled by your engine—through the combustion process—and convert them into harmless emissions.

If this process is failing, you will smell the fumes directly from your engine. Your vehicle will most likely fail an emissions inspection and if you don’t have a check engine light on, you soon will.

Combustion requires three things: oxygen, fuel, and spark. After each stroke—and the resulting explosion inside the cylinder—the engine sucks in more fuel and oxygen for the next stroke.

If your catalytic converter is failing, it is most likely because it has slowly become completely or partially clogged over time.

When this happens, the harmful gasses that are normally expelled through the exhaust, make their way back up into the cylinder.

When the engine “takes its next breath,” so to speak, it sucks in those bad fumes, which interrupts one of the things that it requires for combustion, which is oxygen.

If there’s not enough oxygen to provide for the combustion process in that cylinder, it will misfire.

This is the same thing that is happening inside your engine, just with air instead of water.

When an engine misfires, it often throws a code, meaning that you will get a check engine light.

When it’s determined that it was a misfire once the code is scanned, one of the first potential culprits you should look at is the catalytic converter.

Read also: Can A Clogged Catalytic Converter Cause A Misfire (Faulty Converter Code)

This falls in line with the same reasons that your engine will misfire. If your engine isn’t getting the proper mix of fuel and oxygen, your ECM may compensate with different mixture ratios until it can no longer compensate enough.

Your engine requires a solid flow of exhaust.

If the gasses are no longer being changed by the converter, and the excess heat from unburned fuel reaches a critical juncture, it will cause meting within the catalytic converter.

The melting, combined with the carbon deposits that have built up over time, becomes too much, the airflow through the catalytic converter and out of the exhaust becomes restricted.

This always results in a loss of acceleration or power when climbing hills.

You can’t heal the melting, but you can clean up the carbon deposits.

If you’re experiencing a loss of acceleration, you can run a little test to narrow it down to the converter. Start the vehicle up and have a friend rev the engine up to 2,000 RPMs.

Place your hand at the exit of the exhaust.

If all you get is hot puffs of air, you’re probably dealing with a clogged catalytic converter.

Read also: Will A Clogged Catalytic Converter Cause Loss Of Power

4. Rattling Noise Underneath The Vehicle

What makes this dangerous is the fact that the tiny, honeycomb pieces that make up the inside of a catalytic converter may have come apart and are now rattling around down there.

It will be most noticeable right when you first fire up the engine.

If any of those pieces of broken honeycomb pieces make their way further into your exhaust, it could cause enough blockage to stall your car out in the middle of the highway.

Since it’s clogged, it’s not likely that you’ll get it to start back up either.

Of course, if this happens, you’ll have to move your vehicle off of the highway and have it towed, which will just add cost to what will eventually be a much larger bill.

How to identify a bad clogged catalytic converter >> Check out the video below:

Just because your check engine light comes on, doesn’t mean it’s necessarily the catalytic converter. However, when it comes on and is combined with one or some of the above symptoms, the likeliness increases.

One of the best tools to own—whether you are a DIY mechanic or a take-it-the-shop type of person—is an OBD2 scanner.

You can get them pretty cheap or very expensive, depending on what you want from them.

Regardless, even the cheaper versions will give you the code that caused your check engine light to come on and you can Google the code, along with your make and model, to get an idea of what’s going on.

Those are just a few examples of the types of scanners available on the market.

Whenever you have a check engine light, these are invaluable tools that not only inform you as to what’s causing it but help you get an idea of what you’re going to have to spend to fix it.

The LAUNCH Car Scanner is the only self-contained scanner on the list, meaning that it will not only pull up the code that’s hiding behind your check engine light, it will also zero in on the exact nature of the problem.

The other scanners will give you the code as you have it plugged in, while the FIXD scanner always stays plugged in, relaying critical information about your vehicle’s performance directly to you through the app that it comes with.

You’ll notice that acceleration is reduced, RPMs are running higher than they normally would when you’re driving at a certain speed, the engine is idling rough, and it’s especially cranky in the mornings when you first start it up.

The fuel economy will often be affected as well. Since you’re no longer getting the oxygen levels you need, your vehicle’s ECM will often compensate with more fuel, causing you to burn through a tank of gas much faster than you normally would.

You’ll often have a check engine light accompanying any of these engine performance problems, so you’ll definitely be aware that something is wrong with your vehicle.

Even without the check engine light, the reduced performance from a clogged catalytic converter is pretty apparent.

When the catalytic converter clogs up, it creates a growing level of pressure—or backpressure if you will—that reduces your engine’s performance, on top of the increased fuel consumption and other issues that typically plague an engine over a bad catalytic converter.

It’s time for a trip to the shop or a closer relationship with YouTube—in cases where you prefer to do it yourself but are mostly an amateur mechanic.

The typical cost of having your catalytic converter professionally replaced can run well into the thousands of dollars.

If you find that you’re in a situation where you may have to sell a kidney to afford the replacement cost, consider doing it yourself if it’s safe to do so and you’re physically capable.

While some catalytic converters are welded onto the pipe, you can often replace it by removing the entire section.

Worst-case scenarios would involve purchasing a new catalytic converter along with a length of pipe.

Fortunately, if you catch it early enough, there are a ton of outstanding catalytic converter cleaners on the market, so you should jump on that opportunity before it gets worse. 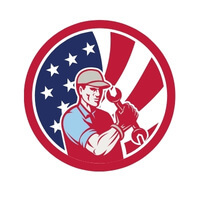 When we think of thieves targeting vehicles, we usually think of them targeting high-value, high end luxury cars and SUVs that they can chop up or flip. Very rarely do we think about thieves...

Have you ever wondered if a clogged catalytic converter causes rough idle? Look no more. We´ve got you covered. A core component of your vehicle's ignition and exhaust system, catalytic...