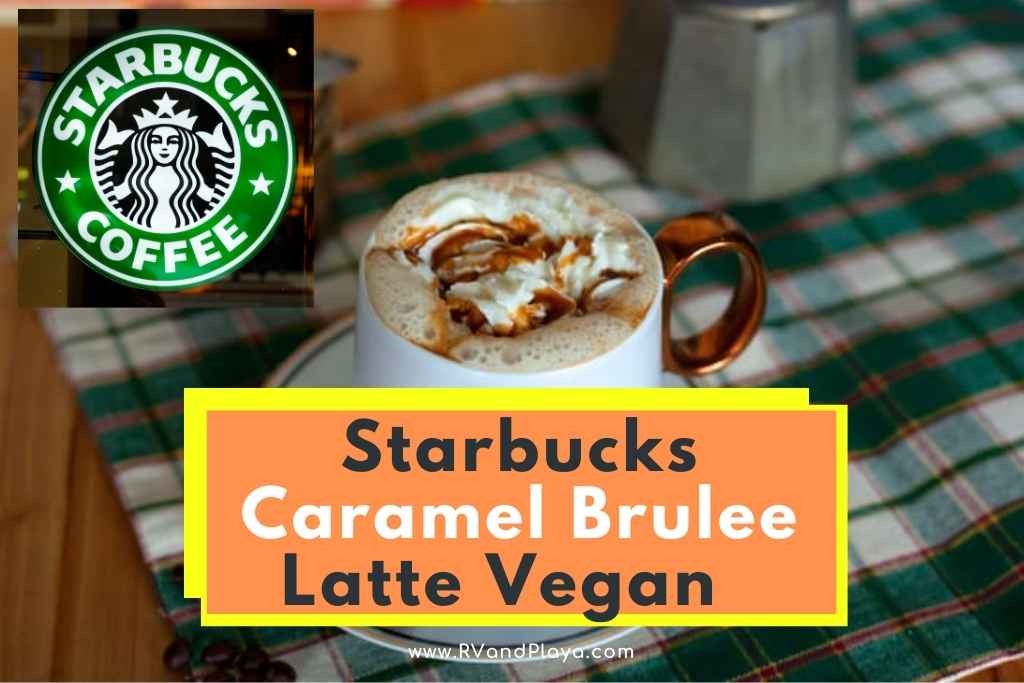 When it comes to ordering at Starbucks there are so many different drink options to choose from. Not only can you order something that is already listed on their menu but you can also create a custom drink to make sure that you get the flavor that you love.

There are also seasonal drinks and different popular items that vary around the world. But if you are vegan then you will have to take extra care to ensure that you are able to enjoy your drink, although they have many options.

What ingredients are in the Starbucks caramel brulee latte?

Unfortunately, the caramel brulee latte is not vegan. So, this begs the question: exactly what goes into the drink?

As you may be able to guess from the name of the drink, it is not straightforward to make. In fact, there are quite a few different elements here to unpack.

The first ingredient in the drink is the coffee. For this Starbucks uses their signature espresso.

The next ingredient in the caramel brulee latte is milk.

Unless you ask for an alternative, such as almond milk or coconut milk (Starbucks typically has many alternative milks available for you to choose from) the go-to is cow’s milk. The milk is steamed to the correct temperature before being added to the drink.

The next stage is the sauce. This is where the drink gets its signature flavor: the caramel brulee sauce. Although you may be forgiven for thinking that this is vegan friendly, it is not, as it contains milk.

One these liquids have been combined to make the base of the drink it is then topped with whipped cream and creme brulee bits to add that extra bit of taste.

Although the brulee sauce is not vegan friendly, the topping is. The topping contains in increasing order: fruit and vegetable flavorings (hibiscus, apple and purple carrot), natural flavorings, corn syrup and sugar.

What is the nutritional value of a Starbucks caramel brulee latte?

If you get a 16 fluid ounce serving of this drink then the nutritional information is as follows:

Can I get a vegan caramel brulee latte at Starbucks?

Although it is not listed on their menu, it is possible to create a vegan caramel brulee latte from Starbucks. However, you will not be able to order this simply as it is.

You will need to get a little bit creative and create a custom drink in order to get the same flavor but from a vegan version.

In order to do this, you should order a regular latte with your alternative choice of milk. This will then cover both the espresso and milk portions of the drink.

Then in order to replace the caramel brulee sauce, which is sadly not vegan, you should ask for both caramel and toffee nut syrup. You can add as much of these as you want but remember that you also do not want your drink to be overly sweet.

If they do then use this to replace the non-vegan whipped cream.

However, if they do not then you will, unfortunately, have to do without this part of the drink.

Then you can ask for the brulee topping as it is vegan friendly!

How to Make Starbucks Caramel Brulee Latte Recipe >> Check out the video below:

Which Starbucks drinks are vegan?

There are many different drinks at Starbucks that are vegan friendly. Although some of these are more obvious than others, such as plain coffee, lattes, and cappuccinos with alternative milk and teas, there are some other less expected choices.

For example, you can choose from almost any of the refreshers on the menu, which make the perfect summer drink for a hot day.

However, some of the hot drink options can also be made vegan. For example, the peppermint mocha, which is particularly popular at Christmas can be made using alternative milk and the syrup is vegan friendly.

Just remember to ask for no whipped cream (unless the vegan version is available!)

Frappuccinos can also be made to be vegan friendly, as long as you ask for alternative milk, no whipped cream (unless vegan), and in some cases no toppings.

For example, the mocha cookie crumble comes with frappuccino chips which are not vegan and the peppermint mocha frappuccino has chocolate curls that contain dairy.

Be careful of some sauces as well, such as the caramel syrup which is not vegan.

If you are vegan then you may not be able to drink all of the drinks that Starbucks has to offer exactly as they are but you can customize your drinks to make sure that they are vegan friendly.

For example, swap the cow’s milk for alternative milk, remove the whipped cream and replace drizzles with syrups.

Although the caramel brulee latte isn’t vegan as standard, you can make your own!

Have you ever asked yourself or your friend if Starbucks Toffee Nut Syrup is vegan? Is it good or what are the best Vegan Starbucks drinks? Well, you are at the perfect place to find the answer to...

Are Simply protein bars vegan? this is one of the questions our readers ask a lot. Well, we´ve got you covered. Vegans have more options for food items than ever before. The vegan lifestyle has...