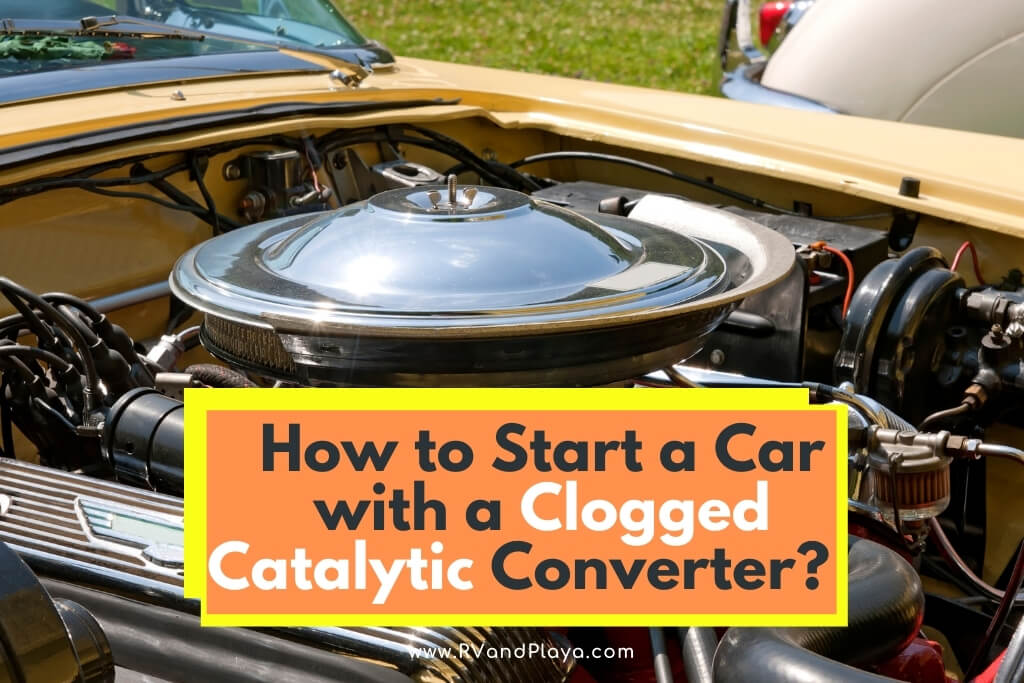 Make no mistake about it, the internal combustion engine is a marvel of (relatively) modern engineering.

Think of all the ways that the internal combustion engine has changed our lives for the better. Motor vehicles have had more of an impact on humanity than maybe anything else outside of modern medicine (and maybe the internet).

At the same time, though, we all recognize that the internal combustion engine isn’t quite as efficient as it probably could or should be.

In 1975 the EPA recognized that vehicles were releasing a lot of harmful toxins into the air as a direct result of the combustion process and mandated that all vehicles from then on have catalytic converters installed on them.

These components of the exhaust system are used to convert dangerous gases into much less harmful substances, releasing them into the air while “trapping” some of the more harmful components within.

Over time, though, these gases can build up inside of a catalytic converter – causing the system to gum up and degrade the overall performance of your vehicle.

Is it possible, though, for catalytic converters to become so gummed up that your vehicle won’t even start?

Or is there another problem causing your vehicle not to start and your catalytic converter is the least of your worries?

Can You Start a Car with a Clogged Catalytic Converter?

Most of the time (emphasis on most of the time) you’ll be able to start a vehicle with a clogged catalytic converter without too much headache or hassle.

Truth be told, there are a lot of symptoms of a catalytic converter that is starting to become gummed up that you will notice before it gets the point that your vehicle won’t start at all.

… And that’s just the tip of the iceberg!

At the same time, though, it is possible for your catalytic converter to get so clogged up that it completely freezes your engine and prevents it from rolling over and igniting altogether.

If that happens to you it’s important to understand how to remedy the situation ASAP so that you can either clean the catalytic converter completely, replace it totally, or get your vehicle down to a shop so that they can handle the heavy lifting for you.

If you are in a pinch and need to get your vehicle up and running ASAP, but it isn’t turning over because your catalytic converter is so gummed up, the fastest solution is to remove the front oxygen sensor from your vehicle.

Just know right off the bat that this approach is going to cause a significant exhaust leak before the back pressure in your engine builds up enough to overcome the lack of O2 sensor altogether.

The end result is going to be in the exhaust that is almost foolishly loud, and that’s just at idle!

It’s going to get even louder as soon as you start accelerating. People are going to know for sure that there’s something up with your car, even if they are only on the sidewalk and you are flying past them.

It’s also important that you operate your vehicle with your windows (all of your windows) down completely.

This guarantees that any carbon monoxide, harmful gases, or toxins that would have been scrubbed by the catalytic converter aren’t going to make their way into the cab of your vehicle and cause health problems.

Read also: How to Clean a Catalytic Converter With Seafoam (Best Tips)

It doesn’t matter if the temperatures outside are freezing (or worse).

If you’re going to detach the O2 sensor it is absolutely mission-critical that you roll those windows down completely.

You’ll have to suffer with a chilly breeze, but that sure beats destroying your health (or worse) when you breathe in all of those potentially dangerous gases.

This is a remedy that is the very definition of a quick fix.

The only time you should use this solution is to get your vehicle from wherever it is right now to a mechanic that can replace your catalytic converter completely.

This is not something you want to be doing on a permanent basis, as it can do long-term damage to your vehicle (expensive damage, too).

You need to understand that today’s modern vehicles are designed to run with catalytic converters that are operating at some level of efficiency (even if it’s not peak efficiency).

The second that you bypass them (like by disconnecting the front O2 sensor) you run the risk of doing some serious damage to your car.

You might not run into a bunch of issues if you’re just jumping down to a mechanic 20 or 30 minutes away. But if you do this for an extended amount of time your car is going to suffer for it.

Other Fixes for a Clogged Catalytic Converter

There are other solutions you can do to fix your clogged catalytic converter once you get it running, though.

Run Cat-Con Through the System

The first solution is to run a catalytic converter cleaner (cat con cleaner) through the entire system.

Research the type of cat cleaner you need for your specific make and model before you buy this fluid, though. Not all of these fluids are created equally.

You have to be sure that you’re not going to do a number on your system, or cause engine problems, by using the wrong fluid.

Usually, you have to add a full bottle of this cleaner to a gas tank that is half full, but sometimes you have to use more (or less) fuel to get optimum cleaning efficiency.

Read the bottle and follow the instructions to the letter and you won’t have any trouble.

Read also: Will A Clogged Catalytic Converter Cause Loss Of Power

Sometimes you can remove your catalytic converter completely as a “quick fix”, especially if you’re having a difficult time getting your vehicle started.

Your exhaust is going to be very (VERY) loud as soon as you pop this component off, though. You’re going to get the same kind of sound that you would have gotten popping your O2 sensor off.

A hammer and a sharp, thin chisel can be used to kind of knock out the material that builds up inside. Just know that this approach is illegal in a lot of states because of emission regulations and laws.

Still, it may be a quick fix to get you to the mechanic that can replace your cat con system altogether.

Read also: How to Remove a Catalytic Converter Without Tripping the Check Engine Light

Of course, you might choose to wash your catalytic converter system using cat cleaner directly on the components after you pull them off of your vehicle.

This approach is effective when the entire system hasn’t become compromised, and you won’t have to deal with the illegality issues that a punch and pull approach might bring to the table.

Just be sure that you are following the instructions on the cat washing fluid to the letter. If it needs to be diluted with another fluid make sure that you pay attention.

If not, use the fluid directly on the cat system itself to dissolve the deposits that are causing the vehicle not to turn on in the first place.

At the end of the day, though, if your vehicle isn’t turning on because of a clogged up catalytic converter the chances are good it’s time for a replacement anyway.

As we highlighted above, this is not the kind of symptom that pops up when the cat con components start to get gummed up.

This is the kind of thing that happens when deposits are given time to build up to a critical mass that chokes out the system in your vehicle, creating vacuum issues with your ignition system, and compromising the internal combustion components altogether.

If things are that bad it’s time to have a mechanic swap the part out for a new one, getting you back on the road safely! Have you ever wondered how to remove a catalytic converter without tripping the check engine light? Well, look no more. We´ve got you covered. Paying a mechanic to remove and replace a bad...

Have you ever wondered if seafoam could damage o2 sensors? Your car is very likely one of your most costly investments. Owning, operating, and maintaining a motor vehicle is expensive.  You...