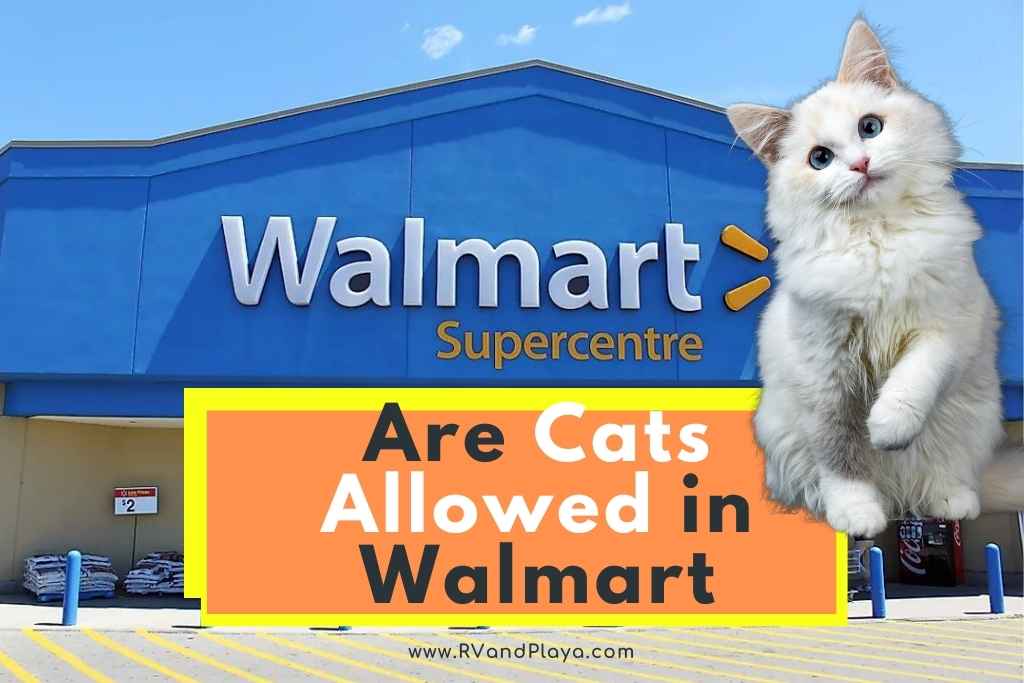 Are cats allowed in ? Many people like taking their pets with them when they go out, but they’re worried about the consequences of having to leave their pets in the car while they shop.

While cats and dogs are welcome in some establishments, stores like still operate on a strict ‘no pets’ policy. Cats and dogs are currently prohibited from entering these stores, with the exception of service animals.

This article looks at the rules surrounding having cats in and around stores.

Are Cats Allowed in ?

According to ‘s Ask site, there is a strict ‘no pets’ policy in place for all their stores. Cats, birds, dogs, and other animals are not permitted within the doors of the store.

What is the Exact Policy Regarding Cats and Other Animals Inside ?

There are no animals permitted in the stores, with the exception of service animals, as defined by the ADA (Americans with Disabilities Act).

Service Animals are defined by the ADA as ‘dogs that have been individually trained to do work or perform tasks for an individual with a disability.

Read also >> Are Dogs Allowed in Walmart? (Here Is What To Do)

Why Are Cats and Other Pets Not Allowed Inside ?

There are several reasons, but the most prominent is that there is an FDA rule forbidding live animals in grocery stores. For health reasons, live animals aren’t permitted near public food service areas.

Service animals are the only exception to this rule, as they may be needed to assist their owners while inside the store.

Aside from official FDA regulations, there is the matter of sanitary issues. The risks of pets making messes and creating health and safety issues is too high.

In addition, other customers may be allergic to animal dander, which means the presence of animals may cause them problems.

What If My Cat is An Emotional Support Animal?

There’s been a recent debate about the rules regarding animals classified as Emotional Support Animals.

At one point Emotional Support Animals had the same rights and freedoms that Service Animals did, but that changed years ago.

For that reason, Emotional Support Animals aren’t covered under the exception for Service Animals.

Even if your cat is an Emotional Support Animal, it won’t be permitted inside the store.

Why Have I Seen Cats Inside The Store If They Aren’t Allowed?

Despite the rules and signs indicating the strict ‘no pets’ policy for stores, there are individuals who attempt to sneak their animals inside.

Door greeters, or hosts, are responsible for making sure the rules are followed. However, their attention is often required for many other things, and sometimes people manage to sneak past them.

People have often been known to hide animals inside their bags until they’re past the doors.

As long as the animal is inside a personal bag, it cannot technically be removed unless it escapes and makes a mess, or presents a danger to patrons of the store.

Stray animals have been known to occupy the area around large stores, looking for scraps or shelter. Sometimes, these animals may sneak inside the building looking for food or a place to hide from the weather.

Because these animals are very shy and wary it may take a while to get them back outside, or moved to a different environment.

What Should I Do With My Cat If I Can’t Take It Inside ?

The easiest thing to do would be to leave your cat at home while you’re shopping. This offers the least amount of stress for both you and your animal.

If you can’t leave your cat at home, you may have to leave it inside the car. While this is an unpopular choice, it may be necessary if you are traveling long-distance and need to stop for something.

Leaving My Cat In The Car Is Unsafe…What Should I Do?

If you absolutely must take your cat with you to the store, then there are some things you can do to make them comfortable while you do your shopping.

In either case, if you decide to leave your cat in the car for a short shopping trip, make sure your cat has food and water, and a place to relieve themselves.

When you return, clean up any messes before you get on the road again.

It’s a good idea to have an enclosed carrier for your cat if you can, to keep the cat from escaping.

Are There Any Other Options Regarding My Cat?

Some people have made use of ‘s new delivery system to get their groceries without leaving their pets alone at home or in vehicles.

Using Curbside Pickup or Delivery, you can receive your groceries without having to leave your car, or your home, if you choose.

Will ‘s Policy Regarding Cats Inside Change Anytime Soon?

Despite some April Fool’s Day posts and speculation, there are currently no plans to change the policy regarding pets, including ESA animals and cats, inside .

Due to company policy and FSA restrictions, cats are unlikely to be permitted inside any time soon.

link to Are Dogs Allowed in Walmart? (Here Is What To Do)

Do you know if dogs are allowed in Walmart? Well, you are at the perfect place to find the answer to such a question. It's natural to want to bring your canine friend with you when you go out, but...

Have you ever wondered who makes Kirkland dog food? Look no more. We´ve got you covered. Kirkland has a range of dry and wet food for all ages, sizes, and lifestyles of dogs. Kirkland aims to...