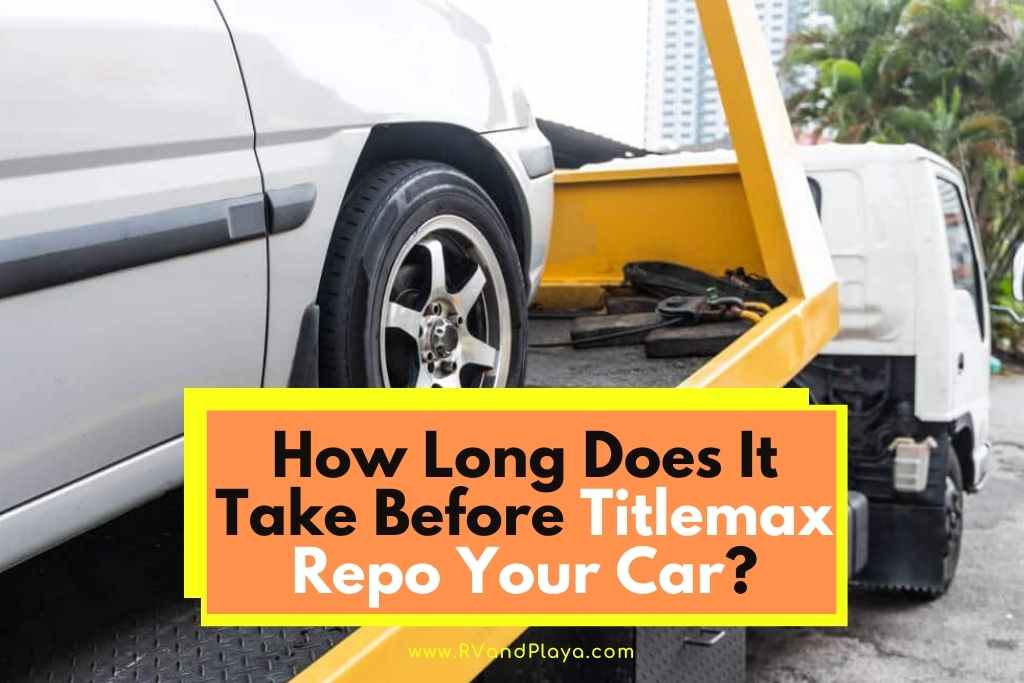 At some point, most people are going to go through hard times and if you owe car payments to TitleMax, eventually they are going to come in and recoup their investment, whether they have to tow your car off your property or someone else’s. How long does it take? How many payments behind do you have to be?

Normally, TitleMax will begin its collection process after you have reached thirty days with no payment. They will attempt to contact you and will also send out letters. After a letter is received and no response is made, TitleMax will start repossession activity. This normally amounts to 60 days.

Every circumstance is a little different and TitleMax, like most businesses, operates only on business days, though the repo crew may operate on weekends or even holidays.

How to Stop the Repossession Process

You can stave off repossession, even if you can’t pay at the moment, just by communicating with TitleMax. If you don’t respond to their letter inquiries or answer their phone calls, you are effectively speeding up the progress towards repossession.

The first thing that you should do, the moment that you miss your first payment, contacts TitleMax and let them know what is going on.

It costs TitleMax money to send out a repo crew and it costs them money for every unanswered letter and phone call.

The bank and court proceedings that they have to go through cost them even more money. TitleMax would much rather avoid that and communicate with you about the missed payments on your car.

While TitleMax carries a low rating with most customers, that doesn’t mean that they are vicious, unrelenting debt collectors that will swoop in and take your car if you’re five days late on the payment.

The quickest and most effective way to stop a repossession process is to talk to the people at TitleMax, explain your situation to the best of your ability, and start making arrangements to pay the debt back.

If nothing else, it will add weeks, if not months to the timetable and TitleMax’s repo efforts will get pushed much farther down the road.

What to Do About Your Payments to TitleMax

There are two things that drive you to panic when you are behind on payments. The first is the accrual of interest.

The second is the combination of two or more payments. When you owe $350 a month, $700 (not including the interest) looks downright horrifying.

None of these options are the best options, but when it comes to making car payments each month and the cost is simply too high, these options are oftentimes your only options. Don’t ever be afraid to reach out to family and friends.

You would be surprised at how easily friends and family can sympathize because the odds are, that they have all been through similar situations throughout their life. You’re not the lone person in the world that is behind on car payments.

Sometimes, if there is any way that you can do without the car, selling it for its maximum blue book value will get you caught up on the debt, hopefully with only a small amount of the debt remaining.

As we mentioned above, TitleMax doesn’t want to spend the money necessary to go after you. They are probably more willing to negotiate payments to help you get caught up than you realize.

How Does TitleMax Find Your Car?

It might surprise you to know that TitleMax uses a combination of GPS and RFID technology to keep track of your car until the loan is paid off.

RFID keeps them up to date on the vehicle’s information, while GPS lets them know where your car is parked.

That’s why it is oftentimes surprising to borrowers when TitleMax shows up to repo a car, even though the car is parked at someone else’s house. If you move your car somewhere to avoid repossession, always park it in a closed garage.

No matter how tenacious a repo crew can be, they aren’t allowed to enter people’s homes to repossess anything.

TitleMax is known for using GPS tracking to locate your vehicle. Since they have your license plate information that you filled out during the loan process, that’s another tool in their toolkit when it comes to locating your car.

If you locate a tracker on your car—it’s usually under the wheel wells—you can remove it, however, removing it is probably a violation of your loan contract.

But, if you have no intention of paying the loan off right now or if you are in a bind and simply can’t pay it off, removing the tracker doesn’t break any laws and the loan is already in a precarious position.

What Happens if You Never Pay TitleMax?

Of course, eventually, TitleMax will attempt to repo your car. Repossession crews know all of the tricks of the trade and, unless you park it in a garage at all times when it is not in use, will eventually find it.

TitleMax will also continue to send charges to the bank that ultimately financed the vehicle and then you will have the bank after you as well.

If either TitleMax or the bank brings the debt to the court, a number of things can happen but the court will most likely order you to turn the car over.

If you fail to turn the car over, you can be charged with contempt of court and heavily fined, perhaps even see jail time, even though that is rarely the case.

It will take roughly 60 days of non-response to TitleMax before they will start the repossession process against you. Most of the time, they will stop if you contact them and make arrangements or make a payment.

The best advice is to make arrangements with them and communicate with them to the best of your ability, as that is the only way to gain more time.

link to How Much Does Car Insurance Go Down After 1 Year with No Claims?

Wondering how much your car insurance goes down after a year with no claims? Well, you've found the right place. You may well be surprised by just how much you can save by keeping safe on the road...

Continue Reading
link to How Long Can A Car Battery Power a TV? (Deep Cycle Battery)

Have you ever wondered how long a car battery can power a TV? Whether you are camping off-the-grid, Overlanding, or just have plain old lost power due to bad weather, it can be useful or important...